The Zombies came out in force–to help others feed!

The after party at Fountain Square was MC’d by Scotty “D” Dowers, who kept the crowds entertained throughout the night.  The featured entertainment kicked off with DJ STEPHEN29 and DJ SIDESHOW, who had some pretty thumping mixes of darkwave and industrial to move to, while Elixir TheEnigma entranced the crowds with her exotic LED hula hoop gyration and dancing.

Then the Zombies swarmed the scene–with all ages, genders, and ethnicities equally represented by the undead–forcing humanity’s few surviving zombie slayers, the S.T.A.R.S. Team, to pull their guns and kill as many as they could.  (Somehow, they were not over-run.  Probably due to the use of special ammo they used to ship to old Western movies that allowed those spectacular 20 shot bursts out of a six-shooter!)

The Zombies who were not killed were lured into learning Michael Jackson’s Thriller choreography by Rose Jackson and furry MJ-performer, Jack Ryan (sometimes known as Squirrelly Jack).  Afterwards, Ryan and Jackson took to the main stage to show us all how well they could recreate the Gloved One’s signature moves!

As they left the stage, Scotty D alerted everyone that the event had already yielded more contributions and turnout than any ZombieWalk to date!  (In the midst of that, a few large contributions of more than a thousand dollars were announced!)

Then the Cincinnati Dayton Taiko Drum Troupe took center stage to show their amazing skills.  Wearing the Kabuki makeup that is often adopted by Taiko players, due to its origin in Japanese theater, their whiteface caused them to blend in rather well with the hordes of undead packing their audience.

As the last bass thump concluded, the smoke billowed out and industrial macabre band Hematosis took the stage.  Lead singer, Omen, was joined by Nekrodancers, NekroNikki and NekroJenna, in the front, while Rev-D hidden in the back (ala the Wizard of Oz) running keyboards and synths.

With a sound that reminds many of Nine Inch Nails meets Skinny Puppy, Hematosis kept the crowds engaged with their neo-religistic lyrics and ornate choreography.

After Hematosis, the New Wave-touched post-punk band, The New Void, took the stage. Don brought out his heavy guitar-chords and gritty lyrics, while Gerald lost himself to the beat as his fingers danced across the keyboards.

When the night finally wrapped, everyone was exhausted but exhilarated!  Throughout the night I’d met people who stumbled across the event by accident, parents who’d dressed their children up like corpses, people who’d come in full Batman paraphernalia, and everything in between.  (The little kid dressed as Zombie Mario might’ve been one of my favorites, although the little Living Dead girl was pretty amazing, too!) 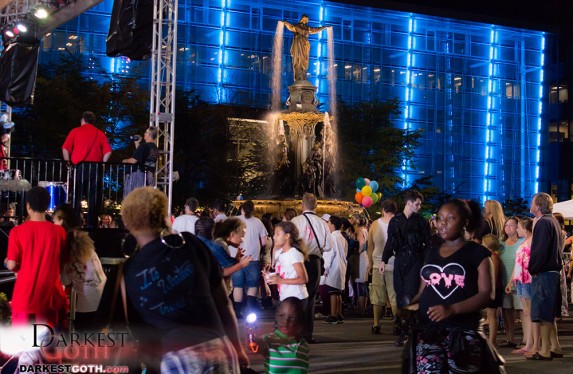 Crowds Swarmed Fountain Square For the After Party. 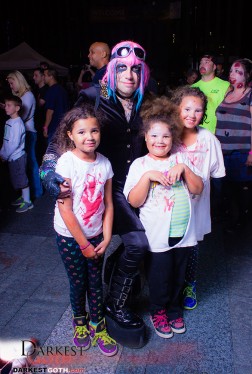 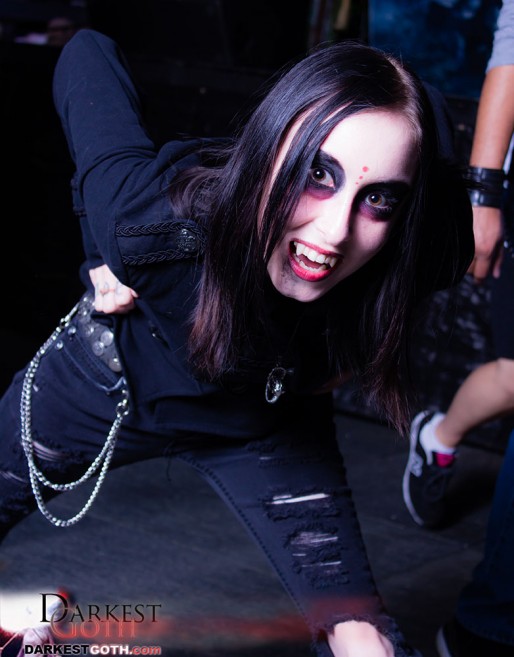 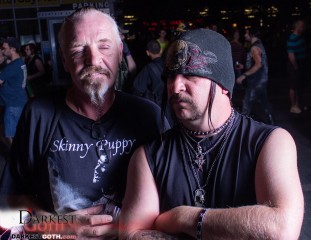 Scott Dowers (right) did a great job of MC’ing the event. 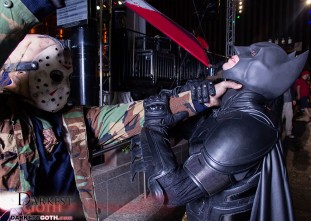 When hordes of dead threaten even Batman. Who do you call? 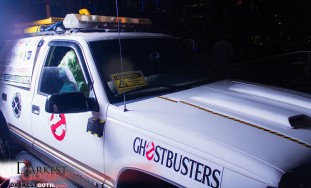 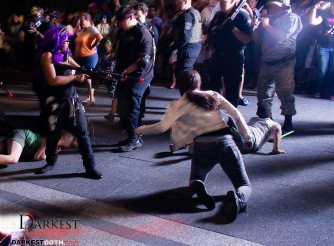 S.T.A.R.S. will help put down the Zombie apocalypse! 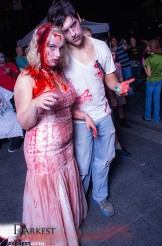 Zombies not killed were taught to dance to Thriller! 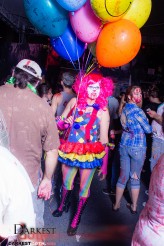 Other jobs for surviving zombies include becoming clowns for birthday parties… 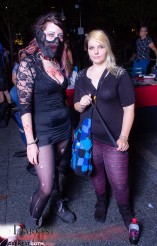 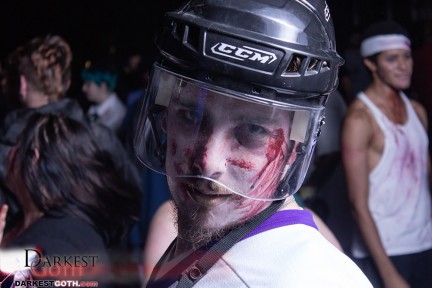 …or simply going to the most logical zombie job: Pro Hockey Player! 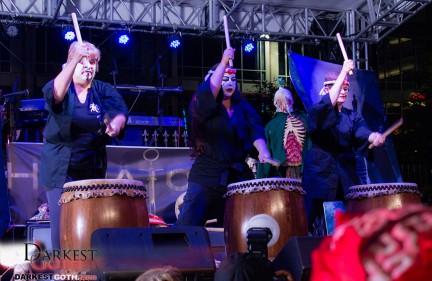 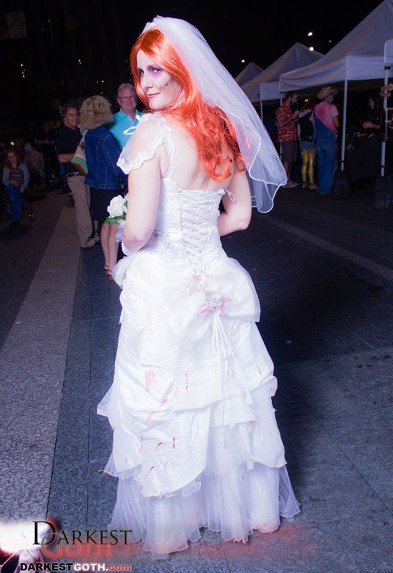 This zombie bride did so much work on her Zombie wedding dress that we had to show her off! 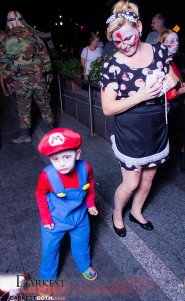 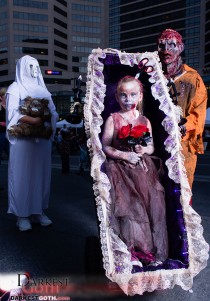 And, the littlest Living Dead Girl, has to be who Zombie Mario ties with! 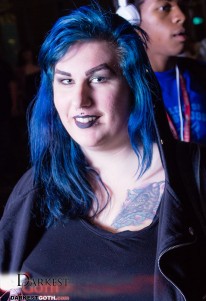 Stephanie accidentally stumbled on our crazy event and was drawn like a moth to the flame! 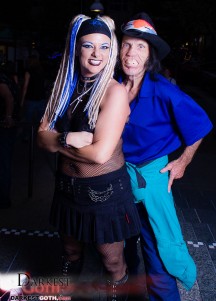 NekroJenna posed with fans before they went on stage! 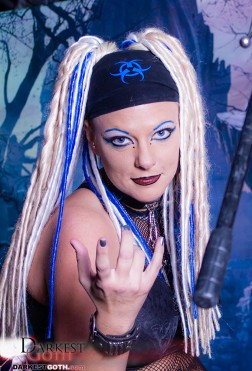 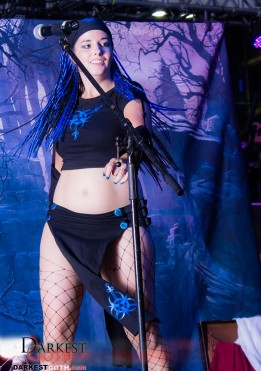 NekroNikki broke it down like a boss on stage! 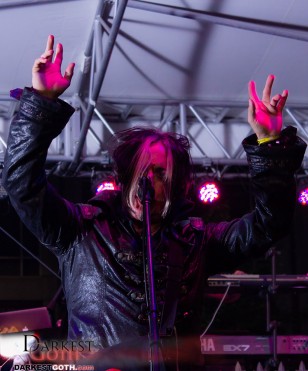 Omen owned the mic for the Hematosis show. 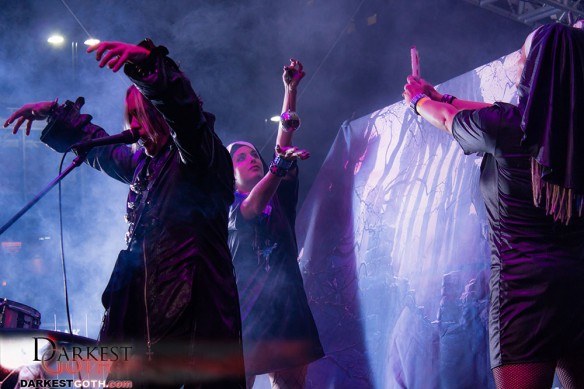 Always ones to use religious concepts to powerful effect, Hematosis broke out the censers to blend with the smoke. 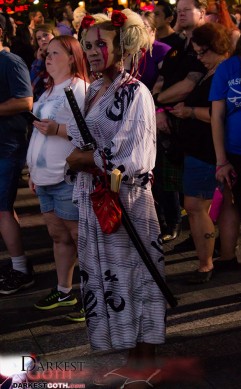 Some of the ornate costumes, like that of this kimono-clad warrioress, were amazing! 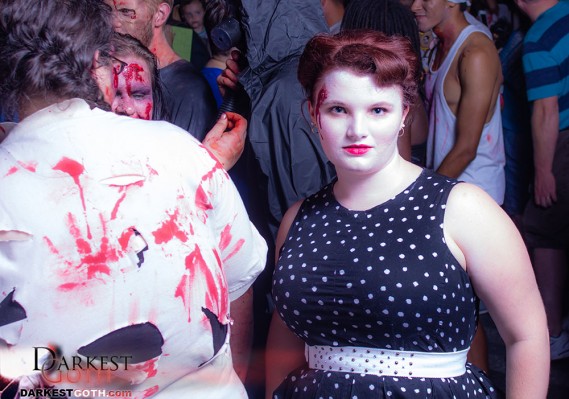 Just because you’re dead doesn’t mean you can’t be glamorous! 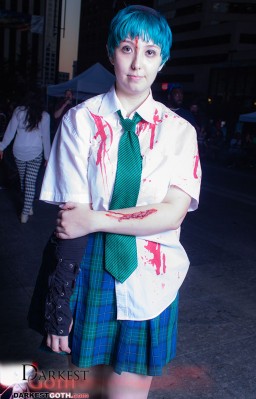 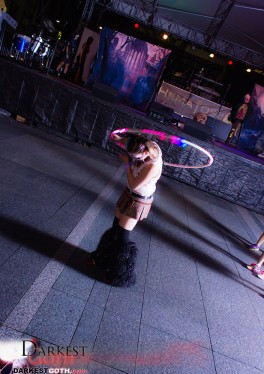 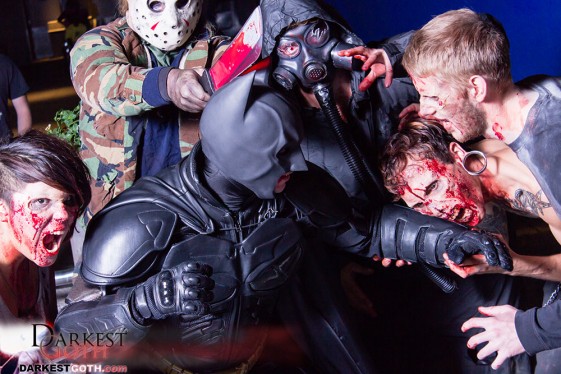 We return to Batman, who continues to fight the zombies! 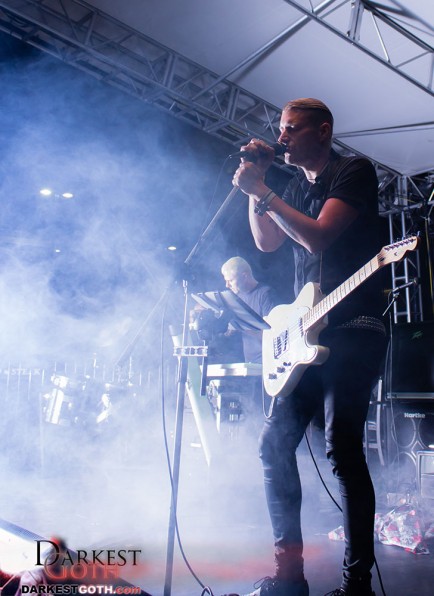 The New Void brought the amazing evening to a powerful close. 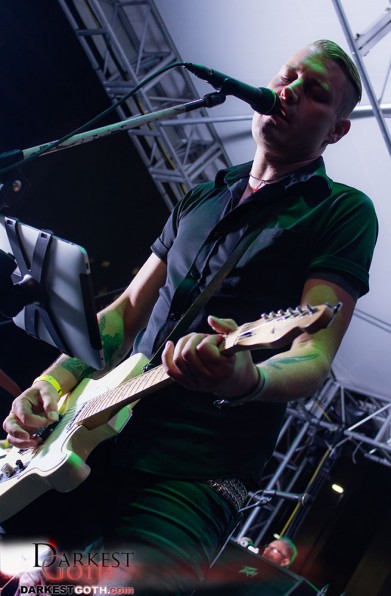 Don blended his punk and new wave elements in his guitar and vocals. 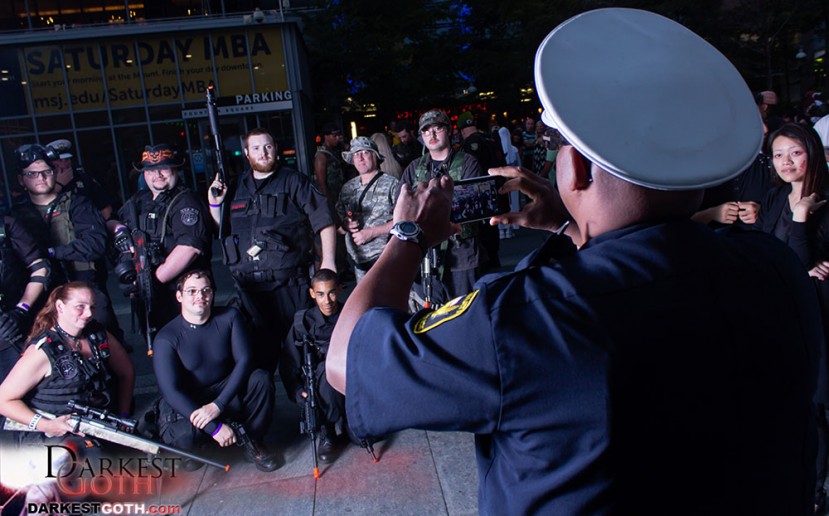