“I Have to Be Medicated to Deal With My Kids”: One Mother’s Journey [ARTICLE]

Home » Article » “I Have to Be Medicated to Deal With My Kids”: One Mother’s Journey [ARTICLE]

Editor’s Note: Readers of our magazine know that Mother Irreverent has been an affiliated blogger with DarkestGoth Magazine for a couple of years now.  We chose to make her an affiliate because her quirky outlook and sassy commentary is very much in keeping with the style of our readership.  However, when we ran across this incredibly deep and honest article by her, one that could help many other mothers not feel so alone or isolated, we requested that she republish in our magazine.  She kindly agreed and the following is republished here from her blog, Mother Irreverent: Motherhood…Don’t take it so seriously!  We hope you find it as helpful as we did!

So yeah, it’s been a long time since I last posted anything. Over a year, actually. After this past February, that hiatus was mostly due to various home-improvement projects, playing all the way through Borderlands 2 (with all the expansions…twice), and –especially in the last few months– being intimidated by a blinking cursor on my white computer screen as I stare blankly and try to think of the *perfect* way to say what’s going through my head.Well, screw that noise. I’ve had enough and decided to just say what I’m trying to convey the best I can, and the Overzealous Perfectionist Editor in my head can shove it. 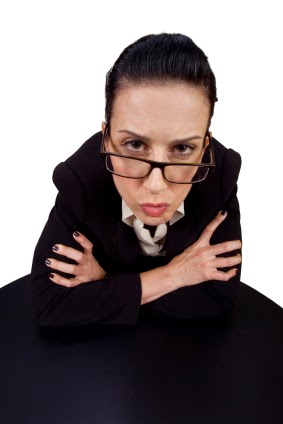 In the most grammatically correct way, of course.

I’ve always struggled with a strong temper, and it would almost always manifest itself via my mouth: yelling, cussing, and verbal attacks were my standard coping mechanisms when I’d get overwhelmed or frustrated by life. While that may not seem like a big deal, it becomes a MASSIVE problem when children are anywhere in the Anger Fallout Zone. As a kid, I was often on the receiving end of my mother’s Verbal Hiroshimas, because that’s simply what happens when you’re a stay-at-home mother of 7 kids and don’t have a support system to help you cope.

Not wanting to repeat that experience with my future kids, I began taking steps to find better, healthier ways to manage my temper not long after I got married. This included counseling and, for a few years, medication. By the time Offspring 1 arrived several years later, I had made HUGE improvements. And I was still doing really well when Offspring 2 came on the scene a few years after.

Things got difficult when the kids were (respectively) preschool and toddler age. They were both at a stage that was an ever-changing shift between independence and dependence, and the unpredictable nature of this situation threw me for a loop. Some days, I could deal with it just fine; but with increasing frequency, them simply acting their ages (needing help, crying when tired, bickering, etc.) was enough to send me into the Stratosphere of Rage. 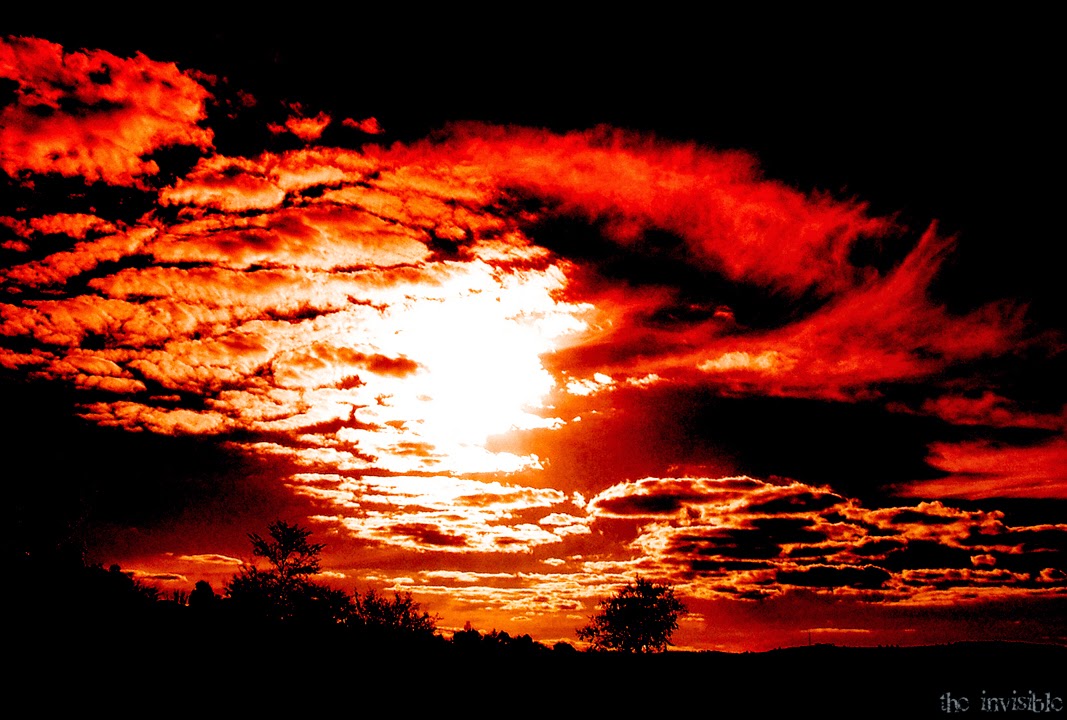 The Rage Stratosphere, common destination in the State of Insanity.

I knew that the core of the problem was not that I would get angry at typical “kid” behavior, but the fact that the rage was so instantaneous and so intense, to an abnormal degree. It literally took every ounce of energy I had NOT to do or say the unwanted thoughts that were battering the walls of my mind, begging to come out: I would imagine screaming the most unspeakably hurtful things at my beloved children, accompanied by mental images of enacting physical abuses that would guarantee me a one-way ticket straight to hell.

All of these were things that I would never actually do. But those thoughts were so. Damn. LOUD. It was like a pack of caged, rabid wolves was inside my head; yeah, I knew they couldn’t get out, but there’s still that panicked adrenaline rush of ‘Oh my god, they’re there and I can’t ignore them and I can’t turn my head for a second and they’re trying to get out and I just want it all to stop ohmigodohmigodohmigod….

Through counseling I had tried to find other coping mechanisms (e.g. journaling, refocusing, etc.), but none of them really worked, because when I got stressed out, my anger response was so instantaneous and all-encompassing, I literally could not think of anything else. And because I had deliberately shut off my normal outlets (i.e. an out-of-control mouth, throwing things, etc.) around the kids, I no longer had any pressure valves to release the sudden rage I’d feel. And when there’s nowhere for that pressure to go, an explosion becomes an implosion. 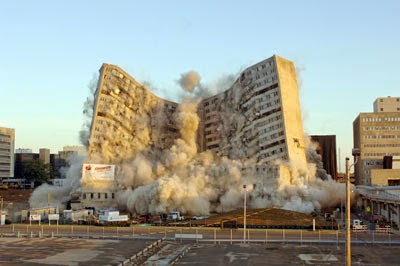 Portrait of the Author as an Overwhelmed Mess.

And thus my frustrated, helpless anger imploded into a morass of depression for almost three months. Around November 2013, it got really bad. Like, depressed-to-the-point-of-barely-being-able-to-function bad. It took every ounce of energy to manage to get dressed every day (bonus points if they were clean), go to the store when needed, feed the kids, and sometimes do the dishes and laundry. Other than that, I wasn’t capable of much else.

All the things I previously loved doing –playing with the kids, going to the park, playing video games, watching science documentaries– completely stopped. When my husband would help with the kids, I’d always go in my room and sleep, and after the kids went to bed, I’d either mindlessly browse the Internet, or I’d sit on the couch and stare blankly at the wall.

And it was about that time I stopped wanting to live. I didn’t actively want to die, per se, but simply existing had become such an energy-sucking daily chore devoid of any joy or purpose that I simply didn’t care any more whether I lived or not. 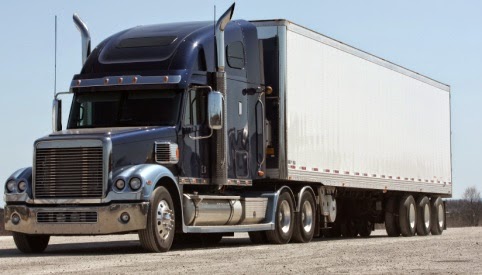 “Could you please just run me over and save me the effort of suicide?” -Me, every day

Finally, I got so tired of being, well… tired of existing that I agreed to set up an appointment with a psychiatrist. I knew that I needed medication at that point; other avenues such as counseling and nutritional supplements had been duly explored and were insufficient. I met with the psychiatrist and told her everything: my past struggles with anger, overcoming it, having kids, being a parent, and my current inability to cope and function. She listened, asked questions, and agreed that I did need medication. After some discussion, she gave me a prescription for the mood-stabilizer I’d been on many years before.

The difference it made was immediate.

Before, everything hit me at once, like a blast from a fire hose: The Preschooler is being uncooperative and the Toddler is crying and I need to make lunch but I don’t know if I have the food I need to make it and I might need to go to the store and the sink is full of dishes and the Toddler needs a diaper change and I’m still in my pajamas and now the Preschooler is trying to take his brother’s toy and…

Now, instead of a fire hose it was more like a garden hose; I could take in each thing one at a time and assess it:
The Preschooler is being uncooperative. Ignore it for now; deal with the Toddler first.
The Toddler is crying. What does he need? The toy he dropped. Give him the toy.
Lunch: Do we have what we need? Not sure. Check it in a minute.
Sink full of dishes: Unimportant right now. Deal with it when the kids are busy or asleep.
Toddler’s diaper: Change it. Oh wait, the Preschooler is trying to take his toy…
Preschooler (again): This is really pissing me off. Take a deep breath. Give toy back to Toddler. Correct Preschooler, then give him a task to keep him busy while you change Toddler.
Change out of pajamas.
Check on food situation; throw something together for lunch and call it good.

Sure, I would still get angry, and to be honest, that was a big relief to me. It let me know that, although the medication was helping, it wasn’t taking away my emotions or making me some kind of robot impervious to stress. It didn’t stop the anger or even prevent it, but instead it simply slowed the rate at which my brain was perceiving multiple stressors. 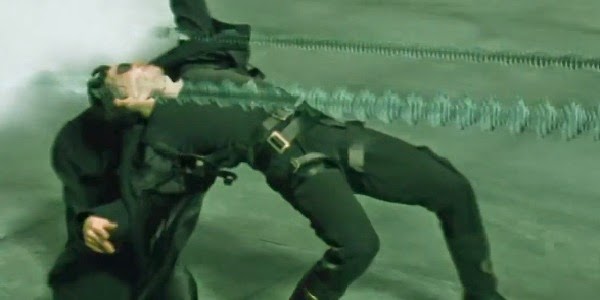 “What are you telling me? That I can dodge tantrums?” “No. I’m telling you that when the time comes… you won’t have to.”

The reason why I’m sharing this is because I know that I’m not the only one who’s struggled with this. I can’t be.

Anger issues, being uncontrollably overwhelmed, severe depression, etc. can make you feel incredibly isolated as a person, let alone as a parent. You can feel like a HUGE failure if you admit to struggling with any of these issues, especially if you don’t think anyone around you can relate. Even worse, I’ve known many people who’ve opened up to someone about their struggle, only to be dismissed, given trite solutions, or even worse, lectured about how their problems are all their own fault.

You might need help, and THAT. IS. OKAY. Get the help you need. It might be finding a mentor or counseling or even medication. Whatever it is you need for you to be the person/parent you need to be… do it. And don’t make any apologies for it. You wouldn’t think less of a hearing-impaired person for wearing a hearing aid, would you? 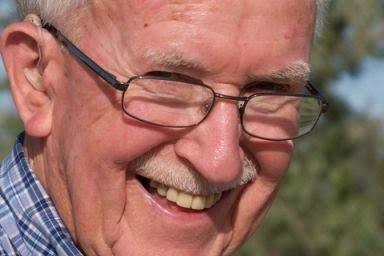 “If you need that hearing aid to hear your grandkids’ laughter, you’re a failure as a human being, Grandpa.”

No, you wouldn’t. So try not to think less of yourself for getting help for yourself.

I know this isn’t easy. It’s a journey, and I know firsthand that it can be a long one. (Hence the gap since my last post.) But if you’re struggling and you need help, I want you to know that you are not the only one. And you sure as hell are not less of a person if you seek help. Quite the opposite. It takes a lot of strength to seek help, and doing so makes you so much BIGGER of a person, not less.

Mother Irreverent is a smartassed nerdy tomboy who had kids, found out that a lot of moms take themselves way too seriously, and decided to offer her own irreverent perspective. To read her blog, go to: Mother Irreverent. You can also follow her on Facebook and Twitter