On March 14, Pi Day, a serial killer is on the loose in the small town of Euclid Falls.  The students of Euclid High fear for their lives as their classmates disappear, falling victim to this elusive murderer.  With the help of Euclid High’s math teacher, Mr. Douglas, Detectives Mahoney and Beecher find clues to solve this circle of bloodshed.

The movie focuses on Gabrielle (Kaitlin Herrick), or “College” as the popular girls call her.  She is an intelligent girl at Euclid High and therefore not very liked in the popular circles. Gabriele (MaryAnn Mead) is a leader of popular girls who are constantly giving her crap.  On March 14, Pi Day, some students end up dead and fear enters the high school.  Mr. Douglas (Mark Klein) attempts to help the detectives solve the case as to why certain students may have been targeted.  As soon as the students host a party the murders multiply.  Are the killings random, or did some kind of nerdy psycho decide to kill them on Pi Day?  And what will happen to Gabrielle if she survives the “mathacre?” 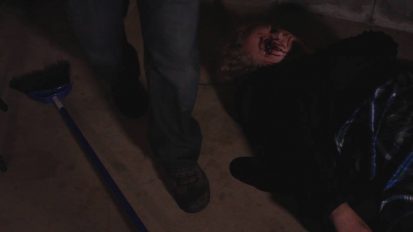 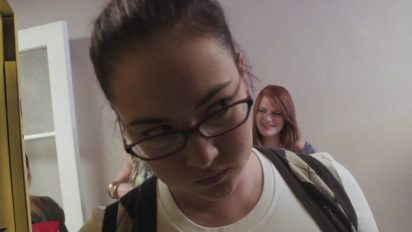 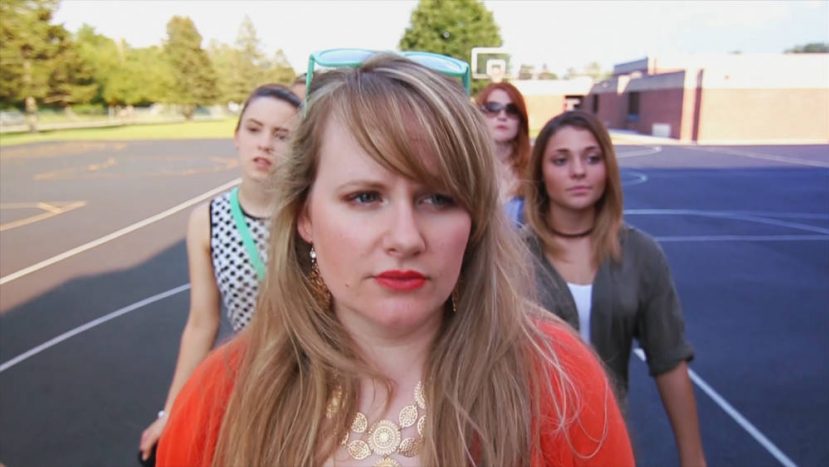 As a nerd obsessed with horror movies, I was extremely excited when I learned that there was a horror movie called Pi Day Die Day.  I expected it to be campy and not very serious; I was correct in my assumption.  All of the actors and actresses did an amazing job of getting into their characters.  There’s a fun appearance by Ari Lehman (Friday the 13th) as the principal with a little nod to his role as Jason Voorhees.  A smaller but entertaining character for me was the janitor.  He pops up every now and then and rather than clean the graffiti off of lockers and walls he corrects the grammar and spelling!  (Wait till the end credits for his ultimate correction.)

The lighting and cinematography worked great together, but occasionally the audio would be out of sync or not very intelligible.  The musical score was good, and I like that they used a little theme that plays when the killer comes into frame, similar to classics like Friday the 13th and Halloween.

I was hoping for more killing scenes. The killer has a few good moments of killing people, one being when a guy is delivering a keg to the party.  The murderer smashes the guy’s head in and says “I ordered light beer!”  And then there’s an even funnier death also involving beer.  I wasn’t too surprised when I learned who he was, but the director did a good job of giving a surprise ending.

There is a lot of tongue-in-cheek humor in the movie and we all know that many of us in the Goth community come from nerdy backgrounds.  Goths can appreciate the darker aspect of math and murder and remember that “those who don’t have friends in high school end up being serial killers” (movie quote).

I would suggest Pi Day Die Day to anyone who enjoys being a nerd, loving horror, and seeing this celebrated in a humorous film.  Glad I could give it more than 3.14 moons!