The final Desert Storm is over and crawling out of the post apocalyptic bomb shelters hidden deep within remote desert caverns are the survivors of the new world era. With the earth’s population dwindled down to a mere 350 million, our previous 5 billion census and growing, is now a numerical figure that is wiped clean to extinction. In the midst of the decay, there is hope for new life as it sprouts from the ashes. As the earth cleanses itself from pollution and climate change, a tattered and torn witchdoctor warrior is spotted holding a staff to signal her victory. In fervor ritual, she rises to appease the gods of protection and defense. 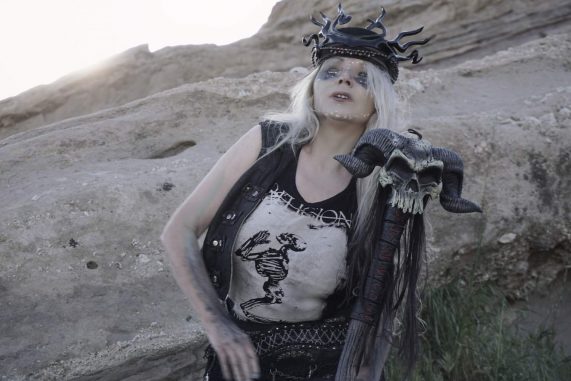 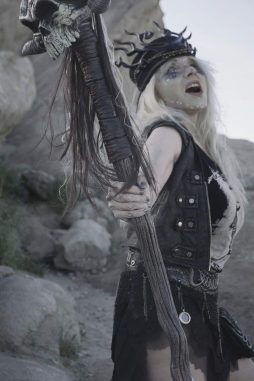 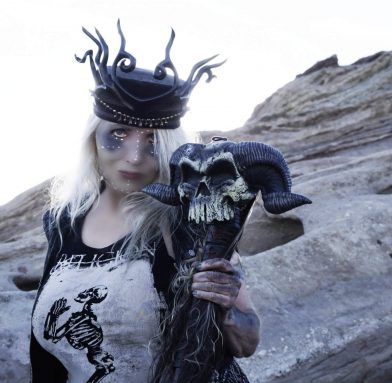 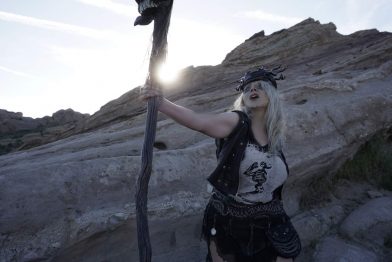 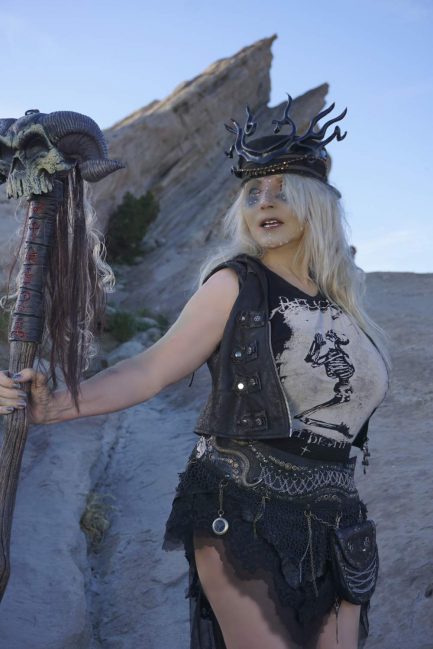 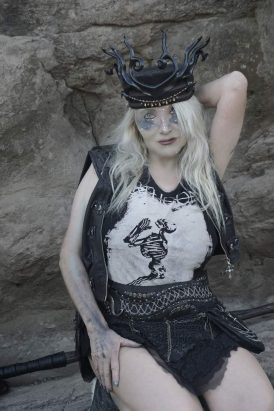 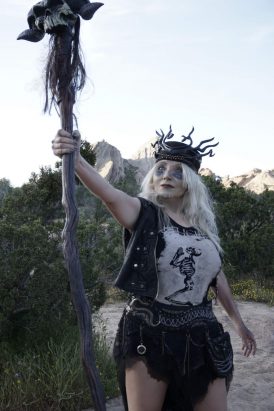 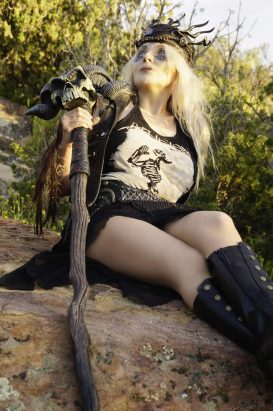 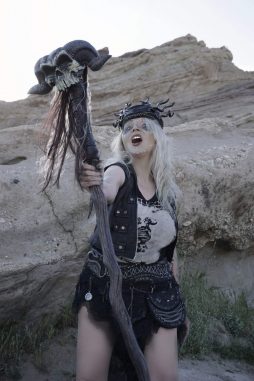 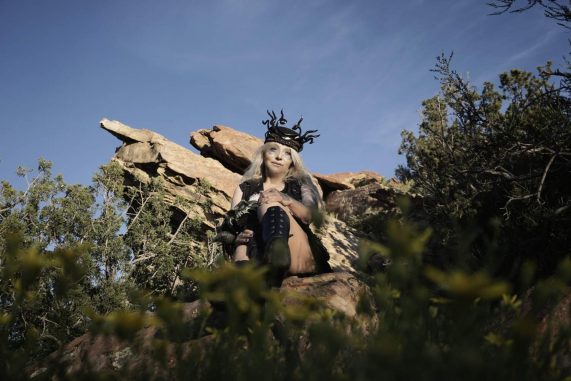