At an abandoned asylum, photos of a latex nurse were left behind, with titles written on them ranging from innocuous to cruel and demeaning. They were uncovered in a metal file cabinet inside a bolted down locker by nocturnal trespassers who roamed the premises scouting for unique historical treasures. Inside the decaying hospital, they uncovered a rundown electroshock room and various vials of syringe meds in a locked cabinet.  The shredded rubber had been ripped off the walls of the solitary confinement ward.

A soiled straitjacket was hung over a rusty, wobbly wheelchair. The floor and stairs antique mosaic tile assortment was taken and made into asylum jewelry. The marketing scheme is doing well as people flock to have a piece of strange and unusual history embedded into a ring or pendant. The asylum nurse remains a mystery as internet posts are currently made seeking her whereabouts and identity. In the meantime, the trespassers each developed a strange case of schizophrenia and now hear the voices of those who haunt the halls of the creepy days gone by institution.

Is it a curse of the asylum or are these resident spirits lingering the earth plane in need of redemption with a story to communicate to the world? 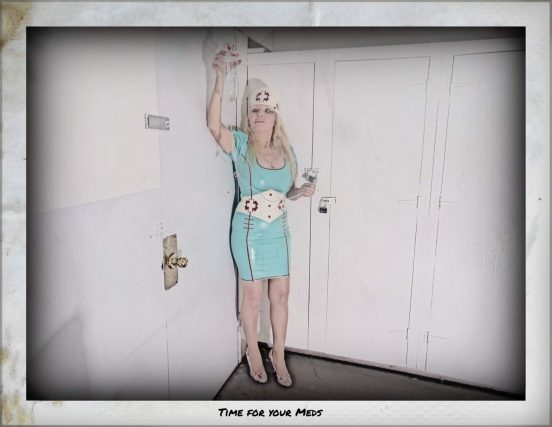 Time For Your Meds 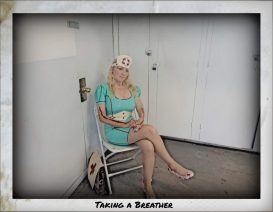 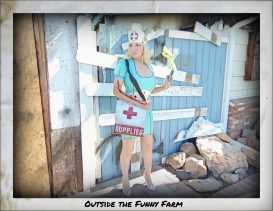 Outside the Funny Farm 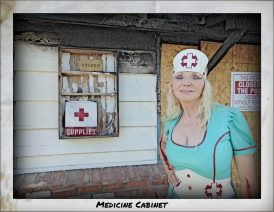 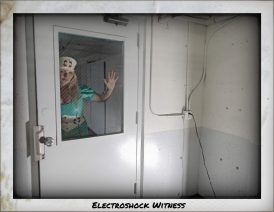 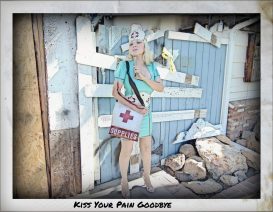 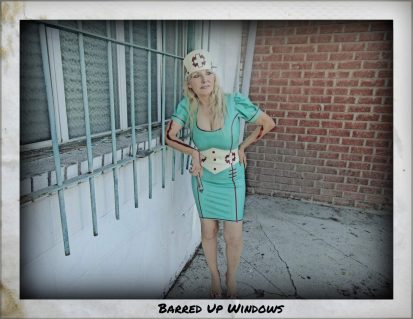 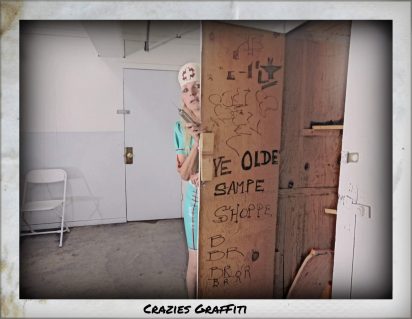