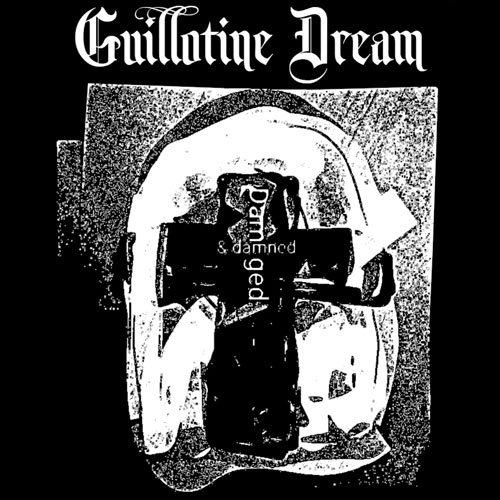 Originally formed in the South West of England in the distant past, the very young members of Guillotine Dream (Arc: vocals/guitars, Mapk: drums, background vocals, Lake: bass, upright bass) soon relocated to the Channel Island and tax haven of Jersey. Bassist Lake was still in school at this time, so rehearsals and gigs were few and far between. This is a tradition that the band continues to the present day. 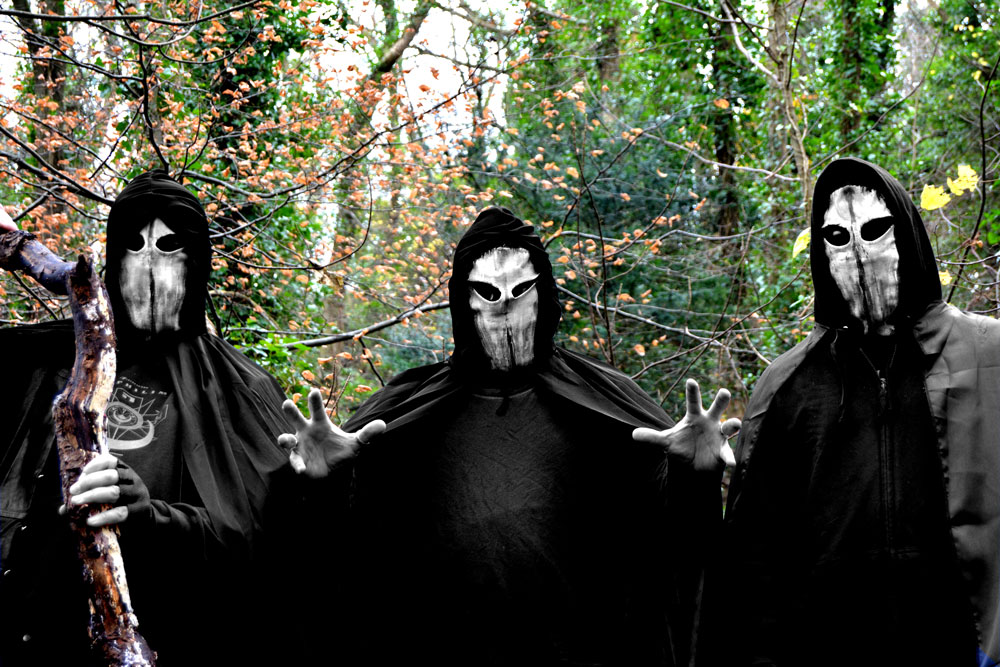 Wearing their distinctive and terrifying masks, the band members claim to not even know who each other are, but they are also renowned for being complete and utter gobshites. Damaged and Damned is the band’s second LP since their debut in 2016.

As soon as you press play and hear “Like Every Other Ghost,” you’re going to time travel back about forty years; Arc’s vocals and guitars scream old school Goth. There’s a desperation in his voice along with a lot of pain and aggression, and that carries over into the title track “Damaged and Damned,” which also happens to be my favorite song on the album. There’s a certain ambience to the guitar riffs in that song that hits me like no other. The reverb and distortion of the guitars is very mesmerizing throughout the album.

Most of the songs are very danceable, especially “Hidden Rooms,” “Hidden Rooms 2,” and “The Haunted Generation.” You would make your way to the slow moping to the left and to the right with your head down as you reach the final track, “Vermillion.”  My second favorite song on the album, and also the longest, it gives me a very strong sense of doom, lyrically and musically.

Damaged and Damned is quite possibly my second favorite release from Guillotine Dream (the first being A War On The Passage Of Time). It really takes me back to the old sound that inspired so many in the Gothic music scene today. The mastering contributes greatly to this, as it has that very raw sound that you would find in all the greats of the eighties. And while the mastering is raw, the mixing could not have been better in my opinion. Kudos to their engineer!

I would highly recommend this album to the death rockers and elitists who feel that the only “real Goth” is that which was around in the beginning.  It would appeal to those who are fans of the forerunners and godfathers of the genre including, but not limited to, Joy Division, Bauhaus, Christian Death, and Siouxsie and the Banshees.

Just when you thought old school Goth was dead, Guillotine Dream takes us back to the eighties with Damaged and Damned, a recreation of the classic death rock that began in the scene.