In a war between board games and hyper-realistic video games, the winner should be obvious, yet it’s not!

When video games grew popular, it was assumed that people would play these animated games when they were children (when children already play a lot of games) and then grow out of them. But we began to learn that people didn’t grow out of them, but instead craved more complex mysteries and stories as they aged. This led to pivotal games like Myst and Riven, which started the modern video game trend of well-created story and making your players use their brains, not just their reflexes. At the current rate of consumption of complex and morally challenging video games, in the near future, they may well usurp the profits of the American Motion Picture industry—which, if you’re unaware, is still the most profitable export this country has.

While video games showed that people didn’t just want to mindlessly consume things, most of our society missed the point and began to assume that any game concept outside of video games was going to go the way of the dinosaur—after all, why would people play board games or card games with other people, when they could now play flashy games on their computer or PS4 and not have to keep track of anything again.

However, to everyone’s shock, the only games to experience a leveling off have been mass-market games like Monopoly and the like. For progressive, independent, and avant garde fair, board games have been growing massively. As of 18 months ago, the Deseret News reported that these boundary pushing, and often-niche focused games, have been experiencing between 10%-20% in sales every year for the last 10 years. Hasbro, the company who currently publishes Monopoly, made one of their smartest decisions to date when they purchased Wizards of the Coast, the creators of Magic the Gathering, in 1999 for $325 million. According to journalist Andrew Marder, in an article he did last year, Magic’s annual revenue—which has been amazing for the 20 years it’s been in existence—has been experiencing 182% annual growth over the last five years, bringing its revenue income to around $250 million a year.

I personally love playing Magic, but, in all truth, it’s one of the most complex games on the market. As such, it’s nothing short of incredible that something that makes chess seem like a baby’s game is getting this sort of growth. (But it does an amazing job of disproving that people want simple games or ones that don’t push their intellect.)

Magic’s lead designer, Mark Rosewater (popularly known as Maro, to Magic fans), has a column called “Making Magic” and a podcast called “Drive to Work” where he explores the behind the scenes elements of being part of this extremely powerful and creative venture. Rosewater, who’s been with the company for 18 of the past 20 years, points to the metagame as one of the extremely important parts of the games success. (For those unfamiliar with Magic, it’s a Collectible Trading Card game in which players can buy pre-constructed decks or build decks from randomized booster packs.) Due to a very strong tournament scene and regular releases of cards for Magic, people can create decks that play to their strengths since many of the cards interact with one another in intriguing ways. This element of things that can connect in new and sometimes lego-like fashion is part of the intrinsic metagame of magic, while figuring out the ideal configuration of legal cards in a tournament setting to beat the most opponents is part of the larger meta game.

Our beloved Geek & Sundry helped take edgy board games to a whole new level with their launch of “Table Top” with Wil Wheaton in 2012. The YouTube series (which is also now available on other streaming services like hulu, due to a successful IndieGogo campaign last year) quickly became the industry leading publicity machine for games that were pushing boundaries. The boost that game creators noticed in sales after a game was featured on TableTop came to be known as, “The Wheaton Effect.” Wheaton—who has a genuine honesty and likability rivaling Amanda Palmer, both of whom I love—has a way of sharing games with viewers in a way that makes them feel part of the game. Being able to see the games unfold and the type of humor they generate caused many people to pick up the games after they showed up on TableTop. (I personally have picked up at least 8 different games due to watching games on Tabletop and deciding that I wanted to have the sorts of experiences they showcased.)

Even companies like Wizards of the Coast were unprepared for the “Wheaton Effect.” For example, for months after the extremely creative WotC published game, “Betrayal at House on the Hill,” was shown on Tabletop, Wizards couldn’t keep up with the demand for the game, prompting the lead designer of the game to publish an apology on Amazon.com, citing their inability to predict how powerful the effect of being highlighted on that show would be. (The game runs about $70, which is pretty spendy, until you see how variable it is in actual play and how drastically different the games can be. After the sort of public demo Tabletop put on, which included Ashly Burch—the infamous voice actress for Borderland 2’s “Tiny Tina”—and other friends of Wheaton playing the game for a two part episode, potential players exploded! I picked up my own copy this past Christmas.)

Having already realized the potential Geek & Sundry might offer to games even before the show, Wizards of the Coast had already been in talks about having G&S create a show that could help encourage a new breed of player for Magic: The Gathering. Debuting in 2013, “Spellslingers” with Day[9]’s Sean Plots used easy to understand pacing, graphics to highlight rules, and humorous guests to encourage a whole new generation of people to try out Magic. The initial learning curve is the most difficult hurdle for potential players, but the show simplified the basics so people could quickly understand how the game played.

This allowed Plots and the Spellslinger’s team to focus on how fun of the “meta-interactions” within the game—from how individual cards interacted with each other to how the gameplayers interacted, salting their words with magic lingo like “tapped,” “mana screwed,” and “top-decking”—and these interior interactions became as much a draw to new players as the game concept itself. (I found it so intriguing and accessible that I decided I would jump into the game and have been enjoying myself ever since. Most folks who end up playing Magic do so on a consistent basis for an average of 7 years, which makes it one of the longest playing averages for a modern game on the market. And, from my own experience and research, the meta-interactions of the game and the players are the things that keep people coming back as often as they do.) 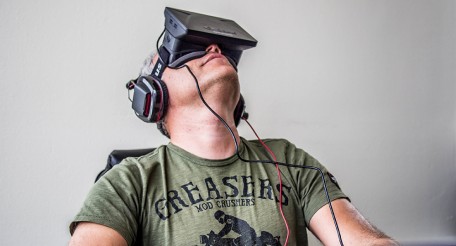 The growing immersiveness of video games… 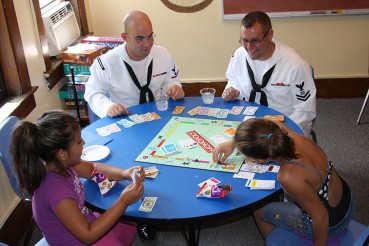 …Has led some to believe that board games are dying. 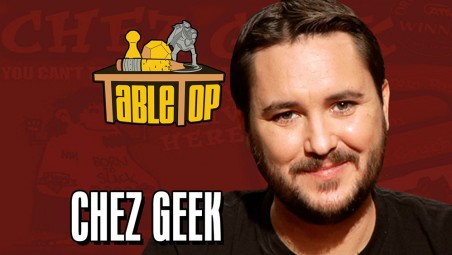 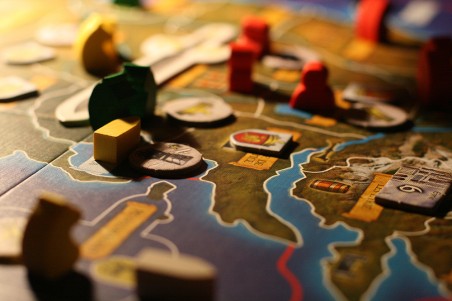 That people want to play boar games now more than ever. 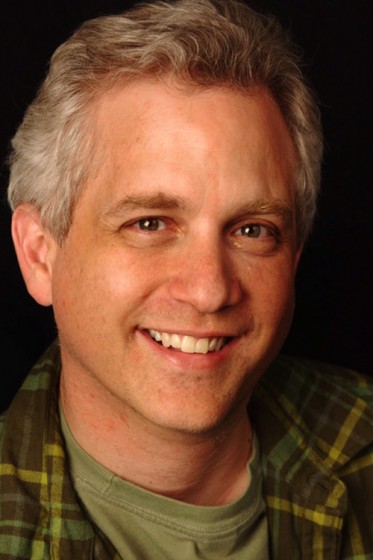 The new show, Spellslingers, helps use the show structure to show the complexity and fun of Magic to potential new users.

Tune back in next week when we look at how a new meta-artform brings video games AND board games into the real world!