The most hotly anticipated MMOG of the year is nearly upon us. Just 2 months until launch and we have been granted early access to check out all the amazing things ZeniMax and Bethesda have created. The best news of all, The Elder Scrolls Online truly feels like the epic first person RPG that inspired it. Sprinkle that game play with some new mechanics, active abilities, and multiplayer and it makes ESO easily my favorite of the series so far.

[There are some spoilers below, read beyond at your own risk.]

Using Magicka and Stamina as resources, active abilities are instant strikes and spells to help you dispatch enemies in a more engaging fashion. Magicka allows you to use specialization abilities so, for example, my Nightblade (think rogue/thief) became specialized in assassination which allowed me to utilize deadly strikes and to slip through the shadows and ambush enemies for huge amounts of damage. Stamina on the other hand is reserved for weapon attacks. These abilities are punishing physical attacks, often leaving residual bleeding damage on the target or giving you helpful buffs. Stamina has another use that keeps the action fast paced, as well: the ability to dodge.

Defeat your enemies with an array of deadly spells and melee attacks.

The first real boss fight I encountered, the Brother of Strife, Balreth.

Dodging and blocking in combination with active skills really increase the pace of game play and absolutely keeps it engaging. Â  However, it does make first person perspective a bit more difficult to play in. After the first few levels I found it much easier to keep up with the flow of combat from the third person perspective, which admittedly makes the game feel a little less like its predecessors. Perhaps a wider field of view in first person would help but regardless of that minor annoyance, either perspective is effective in PvE (“Player vs. Environment”) content. The big PvP (“Player vs. Player”) test is this upcoming weekend, so stay tuned for how the combat measures up in a competitive environment.

What about leveling up? I’ve got you covered. Much like Skyrim, each level allows you to increase Stamina, Health, or Magicka, as well as gain one skill point. Use this skill point to unlock new abilities or enhance existing ones. Choose carefully though, because only 5 abilities can be “active” at a time (ie able to be used with the quick keys). With the dozens of skills and perks available, you must choose your load out carefully. Consider damage mitigation, buff effects, direct attacks, and healing to build an unstoppable character.

In true Elder Scrolls fashion, your first objective is to escape from prison. Not just any prison but the eternal slavery of Coldharbour and its master, the Daedric Prince Molag Bal. Aided by a mysterious apparition and a helpful stranger you break free right in the middle of a war threatening to engulf all of Tamreil.

Before all that happens, the character creation screen will easily absorb you for what seems like hours. There are sliders for customizing everything from hairstyle to foot size and ear curve. Creating your perfect digital avatar is a game in itself and with all the options available you’re not likely to run into anyone who looks like you.

Right with character customization is class selection, a new feature to The Elder Scrolls universe. Yes, you will need to pick out a class to play. With 4 base classes and 3 specializations each plus the multitude of weapon types there is plenty of variety to pick from. The Dragonknight is the melee warrior and tank, the Nightblade the assassin/rogue, the Sorcerer fills the niche of caster and the Templar is the Paladin archetype. Each class is unique and has its own play style defined by the talents you choose.

The world, your character and the story are all held together by a distinct art style instantly recognizable as The Elder Scrolls. Well optimized as well, I had no issues running the game at high frame rates throughout. Even though the game is MMO, it feels like Tamriel,Â  which is a quality that could easily have been lost when the game move toward an online environment. Check out the gallery below for some shots of my favorite locations so far. 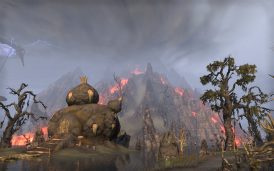 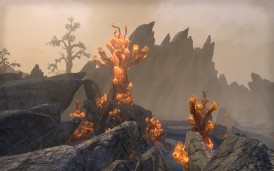 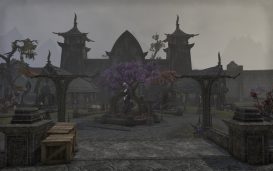 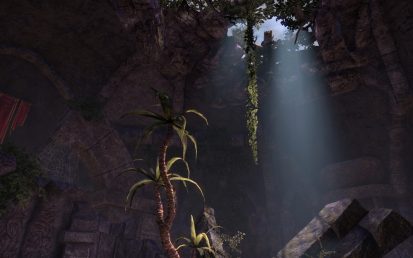 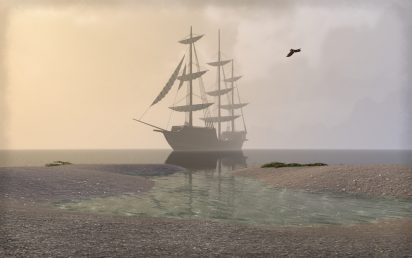 ESSENCE OF A WORLD

Everything we have come to love from the Elder Scrolls is here in abundance. The absolute freedom of character design and play style will surely appeal to everyone here. Additionally the dark themes surrounding the Deadra are sure to pique interest in both new fans and diehards alike.

After just one weekend with the game I can already see myself spending hours upon hours playing once it officially releases. The new game play mechanics will surely keep you engaged for hours as well. Be sure to check back next week for first impressions of the PvP content.