Tea Time: How to Make a Victorian Picnic [EVENT ARTICLE]

Two years ago I went to Amphi festival and decided to visit De belle époque picnic, which was in Cologne too. I’ve heard about picnics during Wave Gothic Treffen, but haven’t been there. That’s why I was glad to become a part of this magnificent event. People, who is fond of a history, Goths and others gathered in beautiful park and communicate. 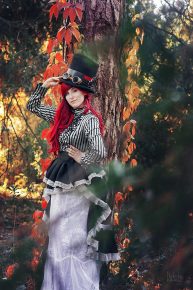 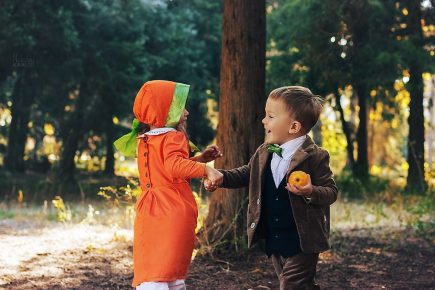 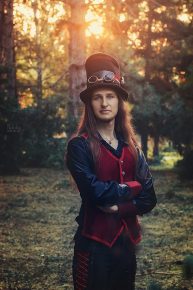 In some cities of my country there are such events, which are called Dark Victorian Picnics. The most their visitors prefer Gothic, Steampunk, Lolita styles. I had an acquaintance with Dark Victorian Picnic’s organizers, but I haven’t thought about making picnics by myself. However, when I told a story of my travelling, my friend offered me to create our own event. I agreed. Eventually I got all organizer’s responsibility, and this situation haven’t changed even now. 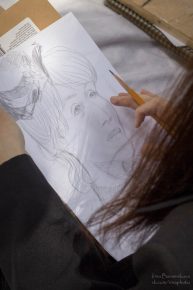 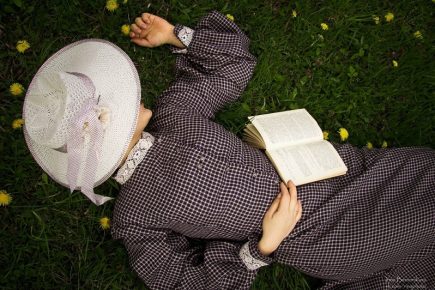 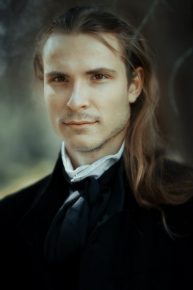 First of all, I’ve made a social media public; wrote about a dress code, which included long dresses for woman and classical costumes for man; wrote about rules; sent an announcement to different mass media. This event is always free for all its visitors. The picnic in our city was called Victorian. There was an analogy with picnics on WGT, that’s why this event’s style was more like Victorian Gothic. Nevertheless, there was a little part of a history. Thereat I started to learn historical dances and invited my acquaintances from this society. They came in historical costumes and gave a master-class with some historical dances. So, our picnic couldn’t be completely dark. 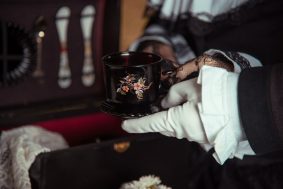 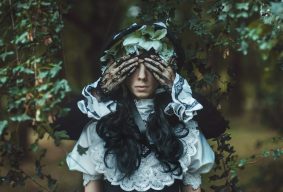 First Victorian Picnic in Krasnodar was in 2014 (October). We came to the most beautiful and huge park in our city – Botanical garden. Some people came later, so we had to meet them and to lead. I’ve invited two professional photographers Andrew Rezun and Nikolay Krauz, who made a lot of awesome photos. There were about 40 people, who had chosen different styles of clothing. Some of them were my acquaintances, but some visitors I saw for the first time. As I’ve said, there was a master class with historical dances thanks to my dance teachers. Our picnic lasted for several hours, and people said, that it was successful. There were some negative reviews, but my friends convinced me to make one more event.

The second Victorian Picnic was in Spring. There were more people and especially photographers. What about the program, I’ve asked my dance teachers to give a master class one more time. Suddenly came an artist, who created portraits of picnic’s visitors for free. It was really surprised, even for me. I’ve found one little problem. There were too much photographers and they made similar pictures. Sometimes 5 or 6 of them stood together. Finally we’ve got almost 1000 photos with the same background and people. I had to upload all of them, and that was really sad. To solve this problem I’ve decided to ask photographers about different details or attributes. For example, a chair, books, old picture frame.

When I was making the third Victorian Picnic, I’ve got a lot of offers. Most of them were stupid. Some food companies wanted to make their promo actions with us. For example, to distribute a coffee or cocktails with their logo. Our event became more historical, and such advertising was irrelevant. I always used porcelain, baskets, juice, tea, cookies and asked to do the same other visitors. Because dishes, food, dress, attributes and manners make the whole atmosphere. Plastic glass and modern logos are bad choice for Victorian Picnic. So I refused. But there was one good offer. A company, which makes quests, wanted to give a historical quest during the picnic. I thought, that it was a great idea. Sure, this quest was free. 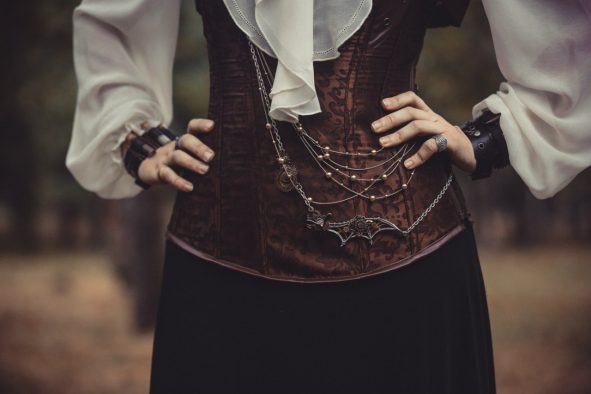 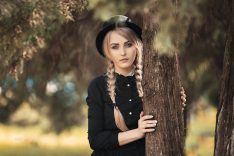 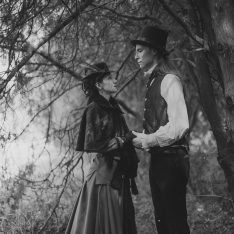 I’ve decided to make saturated program. Besides of quest, I’ve asked about historical dances master class, hand made workshop and organize a photo competition with photographer Andrew Rezun. Prizes were made by me, and I thought, that the competition made our event more interesting. I also expected, that photographers create their own photo zones. Well, almost all these plans were ruined by rain. It hadn’t stopped many visitors, even with babies. Some of them came from other cities, and we decided not to cancel the event. Some photographers and others make an awning, and we hid from rain. In despite of weather, there was a quest, and photographers were shooting. Unfortunately, the idea about photo zones almost failed. But there were not so many photographers, and photos were different. After the picnic I’ve made a competition, but there were not much people there. However, I’ve gave prizes to winners.

Finally, the forth Victorian Picnic in Krasnodar was in 2016 (April). I decided not to intervene in this machine, which is called picnic. I mean, that I haven’t created a program at all. People always have fun and choose their own occupations. So let it be. I’ve got an offer about the quest again and, of course, I agreed. Also I started to make chocolates in vintage shapes, and I’ve made a lot of them to feed visitors. The weather during the forth picnic was great. Maybe that’s why there were about 100 people. I was trying to say «Hello» to each of them and helped them in case of troubles. This event became the biggest among Victorian picnics in our city.

I haven’t got any reward for the organization, but I will gather people once again. I’m glad, that someone finds the picnic interesting. And I advise to spread this idea all over the world.

Parket was the Official DarkestGoth Spokesmodel for 2016.

I'm 26 years old. I was born in Russia and have been living here until now. I've finished University as a Philologist, now I'm getting my Master's degree. My main hobby is a photo. I started modeling since 2010. My favorite styles are Gothic, Cybergothic, Horror, Surreal. Sometimes I make cosplays. I like to create unusual and bright images and embody them.

I also go in Industrial dance and historical dances. Sometimes I take a part in dance videos, music videos and performances during concerts of our local bands. Besides, I'm an author of short stories and have published already two collections. I was an editor-in-chief of Russian Industrial Online Magazine ZRDE and organized Victorian Picnics in our city.