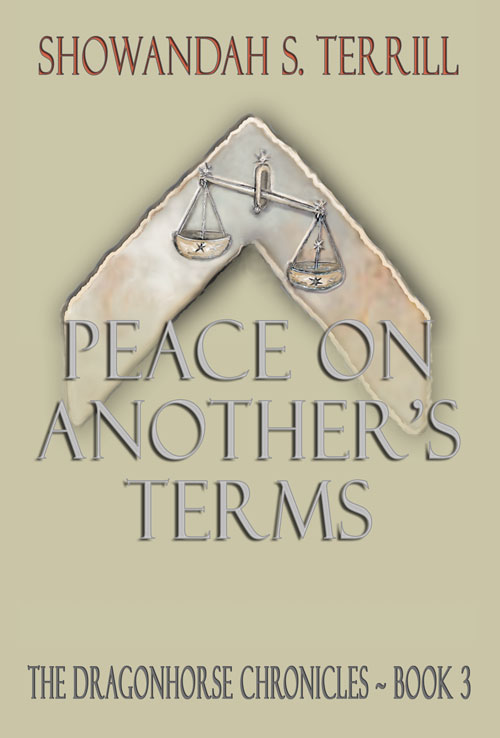 Ardenai Morning Star, the Thirteenth Dragonhorse and his fleet arrive on the doorstep of Lebonath Jas, a planet on the teetering edge of extinction, poisoned and polluted by its own inhabitants. The Lebonathis sought an alliance with the Affined Equi Worlds and now have the full attention of the Dragonhorse and the Seventh Galactic Alliance. The Lebonathi elite quickly realize entering into such an agreement comes with privileges whether they want them or not. A struggle for the hearts and minds of the Lebonathi citizens challenges the Dragonhorse to walk a very fine line between oppression and inclusion.

Ardi finds himself navigating planetary intrigue on a world of extreme haves and have-nots. A ruling class of zealots plot to thwart him and sow dissension among the Lebonath Jas citizens. The mysterious neighboring planet of Lebonathi Tras, perfect and empty, beckons to be settled and explored. A skeleton crew piloting a new fleet of ships faces perils of their own; interacting with fearful and sometimes resentful Lebonathi citizens. Ardenai pushes the limits of his enhanced Dragonhorse abilities to lead and introduce Equi culture to the Lebonathis while diversions of family matters and friendships demand his attention. The newly anointed leader faces the major trial of his dynasty.

While the main story revolves around the Lebonathi and the struggles of clashing cultures remain front and center, the interactions that might be missed in other sci-fi/military stories are present in this book. The author gives you glimpses of Ardenai’s history along with access to personal family conflict, personal struggles and celebrations instead of only making continuous leadership style decisions. This narrative gives rational to the lead character’s reluctance to use a heavy hand when it would be easier  and, at times, a seemingly better solution. Although a few of the main characters in this story have been altered to be far superior to your average galactic citizen the manifestation of those abilities only really  present themselves when laying in bed recovering or sitting gracefully in a chair. However, if you’re going to rule an empire being able to recover from a hangover quickly would come in handy.

Fans of stories rich with world building and complex interpersonal character interaction will be delighted by this story. The author takes care to give detail to the multiple environments the story travels through taking you on an all sensory inclusive trip. She also illustrates the interpersonal relationships between characters that can last decades leading into the hundreds of years. The characters know each other beyond well  and, even though telepathic communication exists, it is oftentimes unnecessary between them. While physical conflict does occur the author tends to lean into forethoughts and afterthoughts of the characters rather than dragging out fights with tactical minutiae. An audience looking for more than lasers, shields and too-cool-for-their-own-good space commanders in an interstellar adventure will appreciate the emotions, interpersonal stories and yes, even the romance that takes place in this story.

The Ah’s have it! One may find having to take notes with the absolute abundance of characters with similar names in this story. Fortunately, many of them have nicknames but the bouncing between the use of the beautifully thought out full names and nicknames can lead to a few rereads in places and confusion about who is married to who. That being said, do not let that stop you from reading this story! This refreshing entry in science fiction stands out in a genre full of ship maneuvers and galactic bounty hunts. A delightful  story about a beneficent autocrat who struggles with the morality and ethics of his decisions might as well be unique in the genre as well. It’s an amazing journey of self discovery from the last book to a foray into interspecies diplomacy  full of tribulations in the next. The odyssey of Ardi awaits.