Posted By Kaamos on Feb 22, 2014 in User Submitted Articles

The Thuggee, founded sometime around the 1300â€™s named after the Hindi word for thief or murderer, also known as a gang of professional assassins. The Thugs travelled in groups across India for several hundred years. They were devoted to Kali, a Hindu goddess associated with violence, sexuality, and more recently, empowerment According to some estimates the Thugs murdered a million people between 1740 and 1840. The Thugs would join travelers and gain their confidence. This would allow them to then surprise their victims by pulling garrote wire or a small knife made of either copper or iron.

This is part one of my Gothik War Blade I am making. * Warning * Too much information about Death will only bring you closer to it! 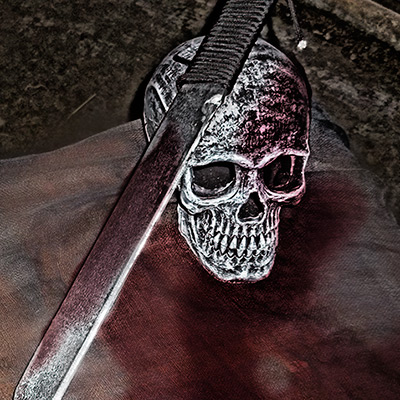 The earliest known Scandinavian fighting knife dates about 300B.C. with the design and style about the same only and size mainly changed such as the Langsaex (30in.) to the average size of ( 6in.) called Handsaex.

As Clay Sharpens Iron: An Intro to Knife Sharpening [TUTORIAL]

.I learned at a young age how and why you need a good edge on your knife, sword, and axe. Today, I see all kinds of gadgets to sharpen a knife. Whether or not you the customer need it or not, the knife-sharpening manufacturers claim very easy and simple ways to sharpen a knife. All my life I wanted to know how to not only sharpen my weapons but to find that connection to the past â€¦.to the very weapon smiths of old! If today our current civilization came crashing down and there was no power, heat, or running water… what would happen? Who would survive?