V’s Disclaimer: As a reminder, before we begin the article, all of the personal details related to myself and my models have been changed. This anonymity allows me to give personal examples without embarrassing anyone or revealing any confidences.

Every year, numerous communities around the globe host group photo shoots designed to help models and photographers find each other. There are tons of benefits to everyone, since you can essentially go to just one location and work with five to six new photographers, models, or both. (Some folks do modeling half the day and photography half the day.)

Sometimes these are hosted by colleges with large artist/photographer populations and sometimes they’re used by major ad and marketing agencies to spot new talent on both the photographic and modeling front. However, usually, they’re hosted by a local action group that feels that model-based photography is a part of their culture. This is especially the case with alternative, metal, and Gothic photography, where the unique style lends itself best to a community arrangement where the group contacts a property owner with a cool venue that’s up for allowing a lot of models and photographers to run around the place.

[Editor’s Note: If you’re planning to be at the Haunted Group Shoot 3, tune in on Friday for our first gallery for Dreadarries–who will be attending HGS3 as one of the models–goes live. -JH] 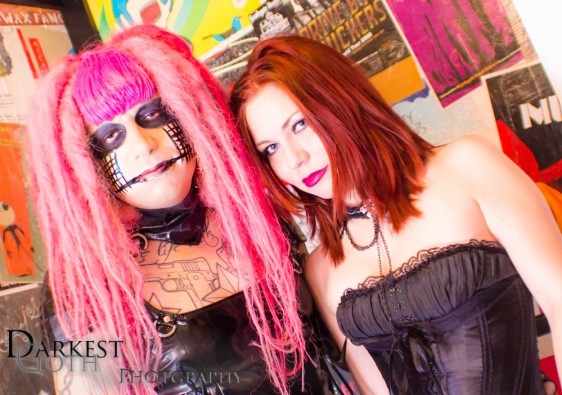 Rocky Doll II helped coordinate the Haunted Group Shoots. Nara Gordon was one of the models who attended. 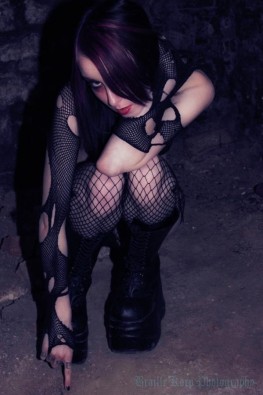 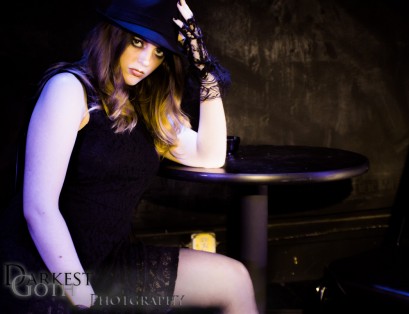 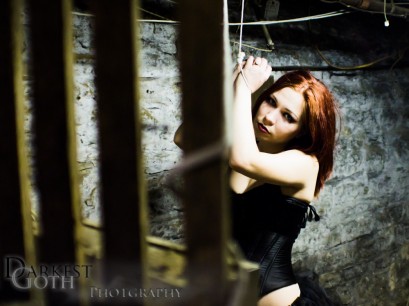 Model Nara Gordon wished to explore the concept of slavery in her own way. 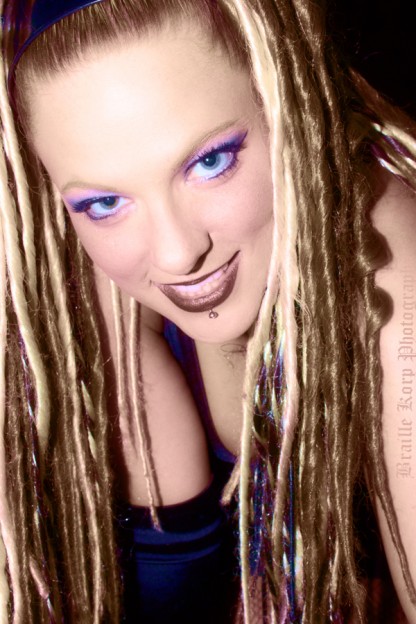 The vivacious Jenna Raytor who attends most of the events that Rocky & Mortified put on. 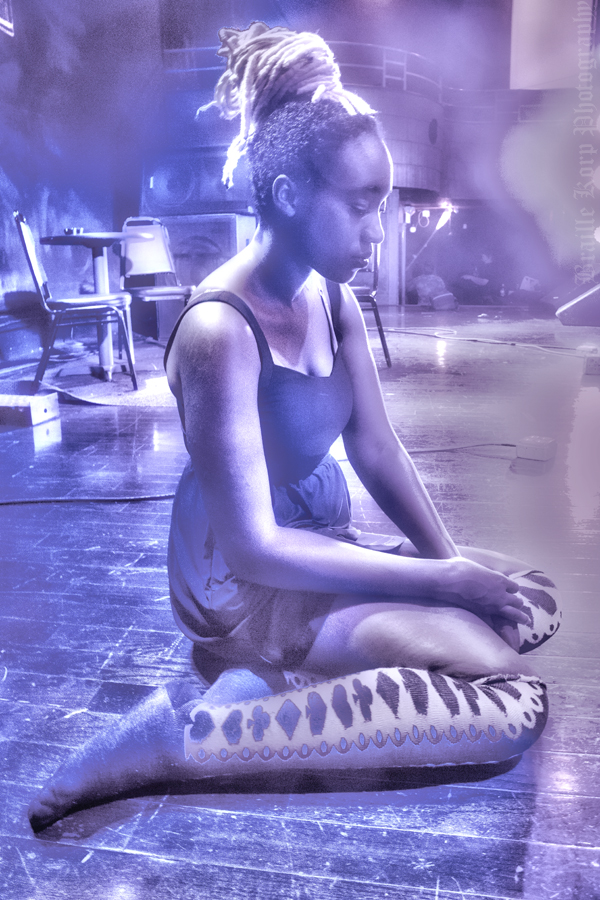 Really stylistic looks and images can come out of group shoots like this one of model Channey Williams.

Before we go farther into the article, it’s a good thing to note that the term “Group Shoot” is one that can cause a lot of confusion. (In fact, when I first was invited to one by a friend, I thought this was some sort of mass orgy of photography, where people were all piled on top of one another. I tend to be an introvert, so the idea of having to take pictures of people all together was terrifying to me!) The “Group” portion of the word is just referencing the fact that a collection of different people will all congregate at one place—not that they will all be in one picture. In general, at least half of the shoots I’ve observed have been one model to one photographer.

While some photographers like to shoot with one, two, three, or even four models, anything above a duo is rarely a good idea for models because (a) legal use of the images become more complicated once more people are in the image, (b) it takes far more time to position multiple subjects so everyone is in a flattering light than it does for one or two, and (c) it’s hard to find out how well a new photographer works with you as a model, if you’re part of a “herd” of talent. (Some photographers are masters of pulling off 3-5 people shoots successfully, but it’s rare; I’m definitely not one. Most tend to either make models feel like they’re back in school for class picture day or they’re an extra—ie “movable scenery”—on a Hollywood movie.)

So now that you know more about group shoots, let’s look at how they work, how to choose good ones, and some good rules of thumb.

Essentially, all group shoots will have some sort of basic agreement between the property owner and the group organizing the event that is then passed on to the participants which states something like this:

This is the basic agreement for all the group shoots I’ve run across.

There is one clause that I recommend most of the models (and photographers, for that matter) that I work with look for and that is: “No Nudity.”

Now, this may sound really prudish, because maybe you don’t care if people see you naked, but this really has nothing to do with whether you are willing to do nude photos or not. (Of course, do remember that if nude images get out into the internet, it’s hard to get them to go away. If you feel the need to have nude photos to be eligible for certain gigs, there are restricted portfolio services that you can use on an “as-needed” basis to minimize the likelihood of things getting out there.)

The reason why “No Nudity” is important is because events that don’t prohibit nudity (ie “Anything Goes” or “Uncensored” events) tend to attract photographers who want to exploit models. If you’re going to do nude photography, you want it to be in a safe and secured environment, knowing exactly how those images will be used—not in the raucous equivalent of a frat house. (Even though that advice goes for models, I encourage photographers to not support events that don’t have a “No Nudity” clause, because the fewer legitimate photographers that attend, the fewer models will be attracted to go.)

Additionally, most events will have a cost for participation. Usually this is the equivalent of $5 to $25 USD per person and some can even provide basic food for participants. (Most of these types of events will provide free passes for hair and makeup people, since their skills are extremely desirable.)

Tune in tomorrow when we explore how to prepare for your upcoming group shoot!