Blurring the Lines Between Digital and Reality!

[Editor’s Note: This is the Third in our Meta-Art Series.  To read the previous articles, go to Meta-Art #1 and/or Meta-Art #2. -JT]

Due to the power of these sort of “meta-art” concepts, the draw of incredible, tense movies like The Game, Inside Man, and Ocean’s Eleven, and the popularity of things like LARPing, some companies, like Lexington, Kentucky’s The Breakout Games, have decided to see about bringing the metagames found in complex board games and video games and the scenarios reserved to for edge of your seat thriller films to real life! (There are other companies with similar types of offerings out there, so, if you’re not in the Kentucky area, you can likely find places like this in your area. I’m going into detail about them here, because they’re local to us here at our headquarters, so we could actually try out their offerings, and they impressed me enough that I blew up my own facebook account with comments on what they were doing!)

For the “The Breakout Games,” they drew inspiration from “escape-the-room”-style video games like the Japanese video game, The Crimson Room.

The Crimson Room and other such games allow you to break out of a room by finding clues and secrets that will allow you to escape your surroundings. While these types of games were quite popular on early computers (I remember playing Déjà Vu on Mac in the late ‘80’s, which—while not limited to a single room—was definitely a predecessor to these point and click room escape games), they’ve had a resurgence in popularity with mobile devices like iPhones and Tablets. The reason this is part of the ‘Meta-Stories’ series is because what tells the stories in these games ARE the games INSIDE the game. It’s the games that let you learn about the people around you, the mystery you’re involved in, and the people you have to fear. (Even though I didn’t particularly like the ending, the iOS game, The Dark Meadow, did this concept of meta-game exploration brilliantly well!) 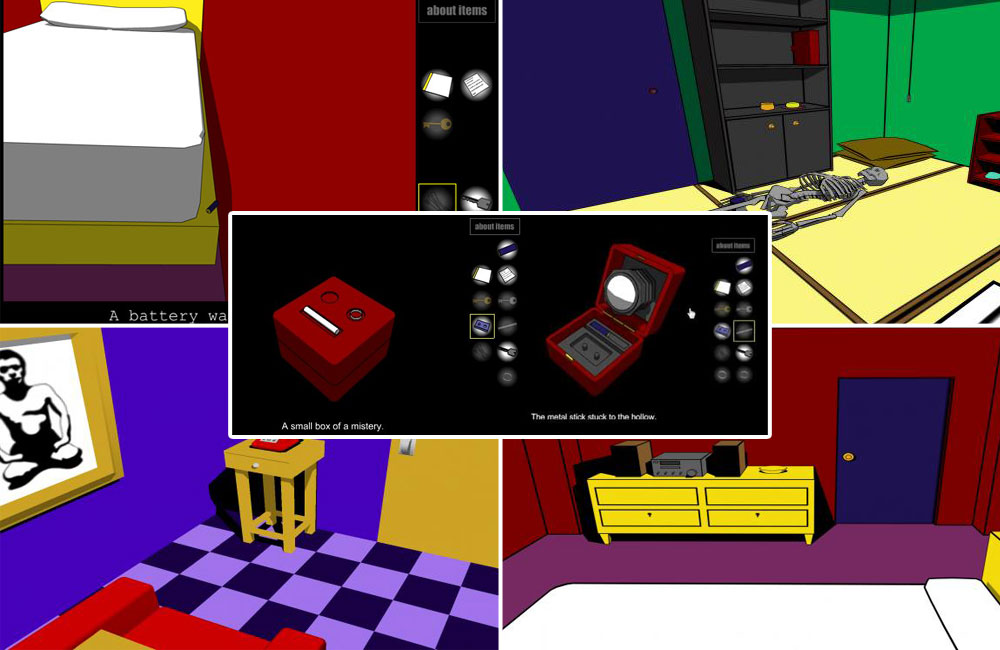 The Crimson Room is considered the father of the modern room escape genre and is one of the big things that inspired the Break Out Games.

Unlike the video game variants, however, the folks at The Breakout Games didn’t want these games to be a single player event, but an event for at least 3 and as many as 8 people. Each team has 60 minutes to break out of their rooms in relation to the scenario they’ve chosen. (Currently, they have two games in rotation—one involving a heist and the other involving a kidnapping—but plan to rotate in new scenarios every month or two to keep things fresh.)

When I discovered this company, I had to try it out with my best friend and puzzle-solving fiend, Mother Irreverent. The prices at The Breakout Games are $20 a head, so it won’t break the bank, but it’s also not so cheap so that you’ll burn through their offerings before they can bring additional scenarios from development into play. While you need at least 3 people to play the games, you don’t have to provide your own people. When you sign up for a game, you prepay and register for a specific slot and can check to see how “full” a group is. In general, the closer to capacity, the better—even if you’re an introvert, like I am.

To make sure that people are actively doing things, the mysteries in the rooms are much more complex and multi-layered than one would find in a video game, with a number of puzzles that actually require at least two people working together (sometimes even three), like finding hidden messages by positioning large old-world cyphers, defeating multi-step traps, and exploring (nearly) every square inch of a room to break out. Each team is given a total of 3 clues that they may request if they get stuck. After the third clue, each additional clue will remove a minute from the game clock in the room.

Apparently, only 20% of the people who play the game actually succeed in breaking out in time. (However, I’d read the reviews on a number of different sites and noted that even people who didn’t break out had had such a good time they’d highly recommended it to others. Any game in which you lose and still tell everyone how much fun you had is doing their job RIGHT!)

We signed up for “The Kidnapping,” met our co-collaborators (a group of friends who’d worked at Chic Filet), and then proceeded to get tied and handcuffed. (For those exploring game development, one thing that Mark Rosewater from Magic: The Gathering brings up is that you need to make sure to establish comfort before you introduce the unexpected. In keeping with this, the folks at TBG made sure to let us know about where the panic button was, the fact that they’d be watching us with cameras in case we needed help—or got claustrophobic, and the panic release on the cuffs if you required it. This allowed everyone to feel safe enough to just enjoy themselves!)

(Left) Breakout Games players Vaibhav Chitkara, left, Hajin Yoo and Tesfa Michael Hailu, all international students at UK, worked together to figure out clues that would allow them to escape from the Kidnapping Room. The games are designed to promote teamwork and problem-solving skills. (Right) Breakout Games staff member Evan Morris watched a team go through one of the games on a control room monitor. Staff members observe each team, offering clues occasionally and making sure there are no problems.

I won’t tell anything about the actual game because, if you end up going to The Breakout Games, I wouldn’t dream of ruining the experience for you. However, I will tell you the things I learned through the game.

As it turned out, we were in the 20% who figured out how to break out of our room in under an hour. We actually had 9 minutes to spare.

The lady supervising the event assumed that we were all a pre-built team that had worked together on games like this before and was surprised that nearly half of us had never met the other half before. (Mother Irreverent actually hadn’t been told where we were going before we got there. I’ve learned long ago that Mother Irreverent deals far better with surprises if they stay a surprise until the last minute.)

I plan on taking my adult son with me the next time he visits! I think he and I will have a blast!  If you’d like to learn more about The Breakout Games, you can go to their official website, or you can read the fascinating article Tom Eblen wrote for the Lexington Herald Leader.

As we conclude this session on meta-stories, I hope it’s inspired you to think about “meta-“ things in a new way. It’s so easy to become inundated with all the complexities of meta-stories that you get bogged down with them. However, I hope you’ll think of how much fun a good meta-story can be and, rather than trying to do everything you hear people talk about in relation to them, just find a couple cool ways to use them that make sense for your artwork, story, or franchise!

In a future article, I’ll show you a card game we’re developing that uses QR codes to add meta-interactivity that gets out of the way when it’s not needed!

All images used under Fair Use due to commentary purposes and all credits given below to the best of our knowledge.  No compensation or promotion was provided to us in exchange for this article.

Photos from Inside The Game from the article, New Lexington business ‘Breakout Games’ puts customers inside a puzzle, by Tom Eblen.  All rights Reserved, Lexington Herald Leader.