VIP’s were greeted by Fire Dancers at the venue

I’m a Con virgin. I never considered myself nerdy enough to attend any Comic or whatever conventions, despite being a huge sucker for cosplay. So, when DarkestGoth asked me to cover the Lexington ScareFest X VIP party, I was only mildly excited at first.

My cool anticipation, however, was quickly replaced by sure thrill the minute I pulled into the parking lot of Manchester Music Hall, the venue for the VIP party, and noted fire dancers by the side of the road. Their graceful skills definitely were an instant visual treat that amped up my anticipation levels a few notches. Once I met up with JT, my photographer from Goth Viking Photo, and we managed to make it through the line and security, the fun was on!

I had the privilege to hook up with Rocky Doll again. We met once before at a different DGM event, but it was a bit of a drunken encounter (that’s an entirely different story… lol), so I was stoked to actually get to know the person behind the totally awesome Cybergoth exterior a bit. He is such a sweetheart and of course there were plenty of pictures from the start.

Of course, Rocky wasn’t the only feast for your eyes, as I could quickly assess glancing through the crowd, which was surprisingly varied. I don’t know what I was expecting, but the attendees were not at all just geeky 20-somethings, but a range of young and old, wild and nerdy, who had one thing in common: a love for anything horror, spooky and creepy. So, with that as a common denominator, there wasn’t a need to “blend into the crowd” — everyone was just there to enjoy themselves. Yay, I got to hang out with Rocky Doll again!

The party atmosphere carried on, the deeper we ventured into the venue, passing by plenty of ScareFest entertainers and acts like the good folks from Circus Envy and the Deadly Sins or Christopher Saint Booth of the Booth Brothers, with which I of course took the chance to take pictures with. After all, that is what you do! Who looks scarier? Me or these guys from Circus Envy and the Deadly Sins?

Everybody was taking pictures with everyone, Scarelebrities or not. There were plenty of guest who had taken their scary cosplay to the next level and became Kodak moments in their own right, like dude who looked like he just escaped the set of “The Hills have Eyes” or similar mountain slasher flick, or the cutie that reminded me of Elsa from Frozen. Great shot of Scarelebrity Christopher Saint Booth and I

For those who wanted to get their moves on, DJ Tre and his crew heated up the dance floor with an equally eclectic mix of tunes and a great stage show, complete with “light creatures” reminiscent of Predator having mated with Deadmau, but still pretty impressive. The crowd definitely took to it, just check out the gallery of the event on Facebook. Oh, and kids, don’t ever tell your grandpa again he is too old to get his groove on! Whoever he was, I was praying that he didn’t bring a chainsaw

Overall, I totally did enjoy the experience and I’m glad to have popped my Con cherry, at least what after parties are concerned. It really was loads of fun and I have to thank JT and Darkest Goth for giving me the opportunity. If there was however one thing I would have to point out, it’s ladies …. you have to step up up your cosplay game, because the males in awesome costumes outnumbered the girls multifold! That. Should. Never. Happen.

Modem Out. Hope to see you there next year! 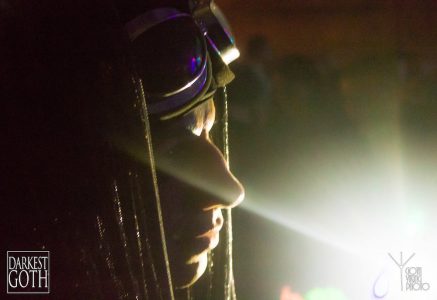 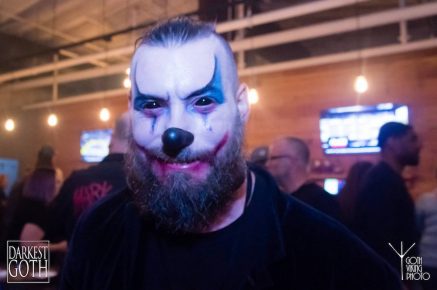 I thought this guy from Circus Envy and the Deadly Sins was too cool. I had to hijack the camera even. 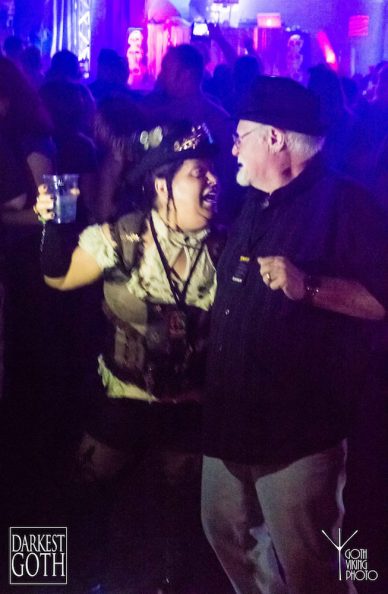 The hips don’t lie … this couple was getting their groove on for sure! 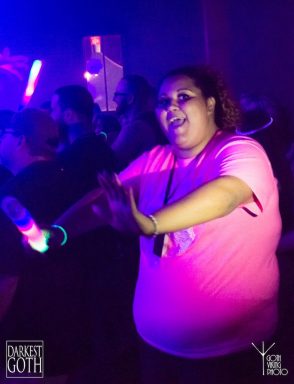 Everyone was having a blast. 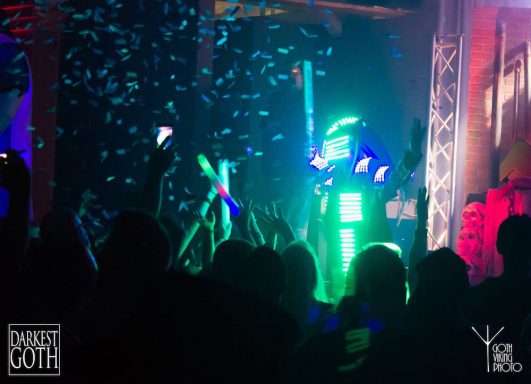 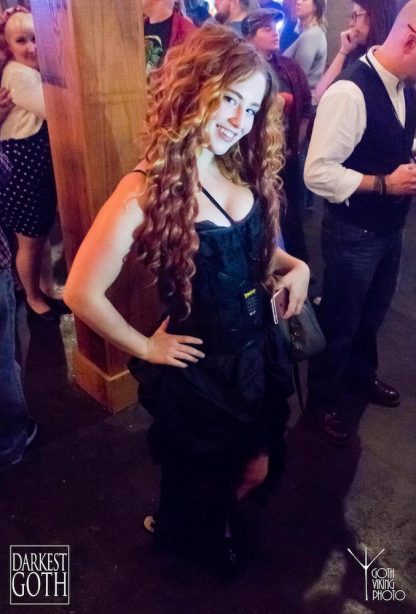 So adorable … She needs to be a DG model 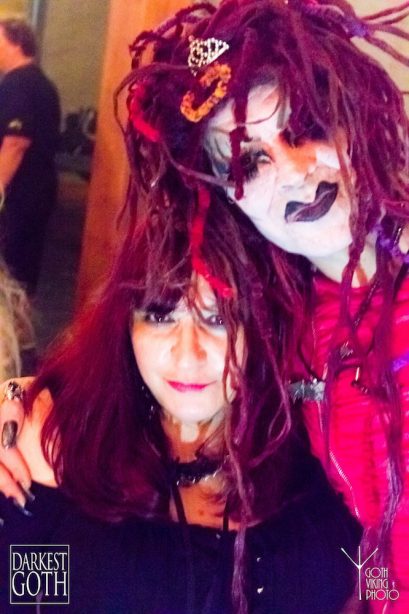 One of my favorite shots with Kristiva Viva 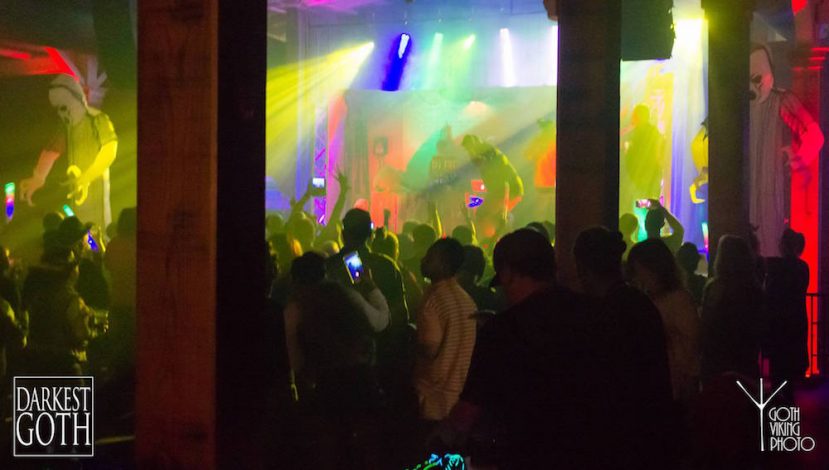 Shot of the crowd at the ScareFest VIP.