The incident took place years ago and when you only have a few moments to get that plug in what do you say? As a music producer and recording artist, I walked up and told him the truth.

“Marco Mendoza was supposed to be in the studio and he didn’t show up, (pause), Paul Stanley called.”

Paul  paused and then remarked “That was cold.” I chuckled and said “He has some royalties here” and showed him the CD Vamplified-BOA.  Then I handed it to his assistant along with my MusiCares fundraiser recipe featuring the KISS page that I created.

I gave him a small “MusiCares fundraiser Artist Sampler” book with a few of his major influences including Led Zeppelin, The Yardbirds. The Beatles, and The Rolling Stones pages. I also threw in a couple of DarkestGoth Girl 2019 postcards into his package.

To make a long story short, Marco and I wrote quite a few songs together. One day he did not show up and none of us… the engineer, the studio manager, and myself, did not know why. A few days later we received a phone call that Paul Stanley called him and that he was in a meeting with Paul and Gene. About a week later he was called in again to play bass for Ted Nugent who was the opening act for the KISS farewell tour.  All I can say is “Good Excuse Marco!” Lol!

Paul has a new book out called “Backstage Pass” and I included the back page with write ups from both Tom Morello, activist and musician in “Rage Against the Machine” and Scott Turow, New York Times bestseller author of “Presumed Innocent”. 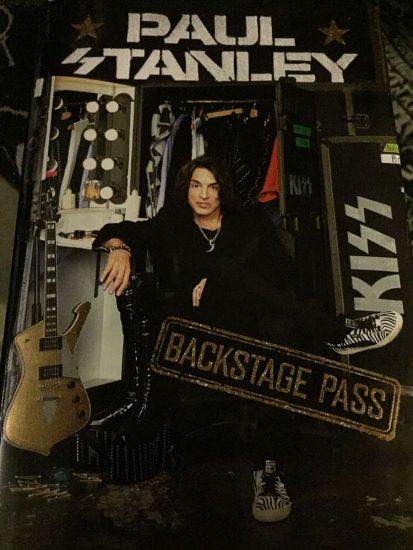 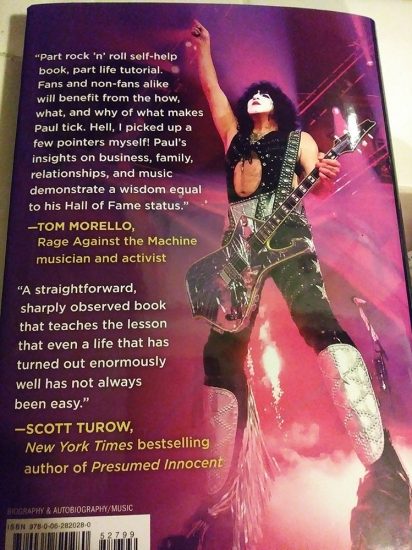 It looks like a great read and I can’t wait to get started! The meet and greet happened tonight May 9th at Barnes & Noble at The Grove in Los Angeles.

Available in Signed, Hardcover, Nook Book and Audio Book.   You may Save 15% with code SHARE15 at Barnes & Noble with this link (Free Shipping on $35 or more).