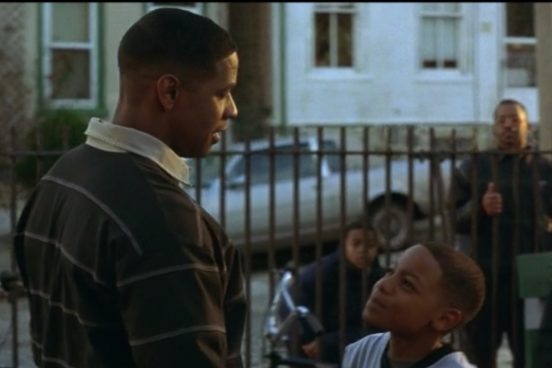 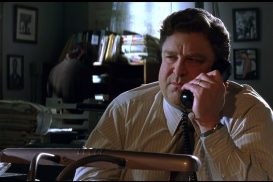 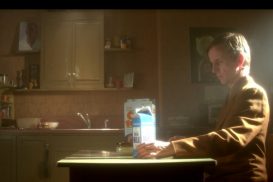 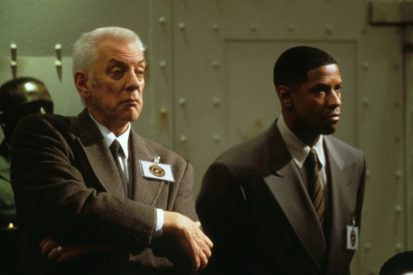 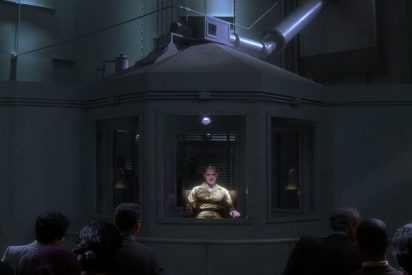 While death row picketers are protesting outside the prison walls, prosecution detective John Hobbes  is inside paying his respects to condemned death row serial killer, Edgar Reese just moments before his execution. Detective Hobbes was pertinent in the trial that brought him down. In the holding chamber, Reese starts speaking in a very rare form of ancient Dutch tongue. Shooting off encoded riddles, he leaves behind relevant clues for Hobbes to solve. Demonically possessed, a series of murders continue in the same manner after the man is executed. The detective soon discovers that his new investigations are triggered by the repetitive force of infernal fallen angel, Azazel. As he works alongside his police force with partner Jonesy (John Goodman) and Lieutenant Stanton (Donald Sutherland), strange events start happening. The detective begins to realize that he is digging himself into his own grave. His next agenda is to kill the demon himself. The movie offers a surprising twist at the end.

Combining mysterious encounters with a demonic force and mixing it with death row, possessed murderers, cryptic codes and enigmatic riddles, offers enticing material for Goths. Whether you are into the occult or your tastes are more towards mystery theater, there is plenty here to explore. Military Goths are led into a classic prison scene as well as a vintage police station presented in film noir inspired technicolor. Death Metal-Heads may be glued to the tube during the hard core execution scene. Trippy other-worldly hallucinogenic effects are introduced as the demon moves, transporting witches and warlocks on a night flight through the astral plane’s lowest depths of hell. Finally led into a cold remote cabin in the middle of desolate woods, solitary practitioners, hedge witches, Vikings, and Druids are offered the moment to feel right at home. This movie is intensely dark and abstruse with moments of humorous insanity, all which resound remarkably well with the word “Goth”.

If I could wrap it up in one phrase, it’s already been done. The Rolling Stones frontman, Mick Jagger nailed it in the film’s soundtrack…. “But, What’s puzzling you is just the nature of my game”. – from Sympathy for the Devil.