Kick back and immerse yourself in a world of legendary rock music that leads us to the next generation of sound. Inspired by Tolkien’s “Lord of the Rings”, the band takes you on a hallowed journey of mystery and imagination. Welcome the invitation to step inside the world of superstar lifestyle. Beyond imaging what it would be like, this movie takes you on a trip to the actual home sites, family life, as well as life on the road. What does it look like from the artist’s perspective to hop out of your private plane and quickly enter your police patrolled limo, then look up at the city’s high rise buildings before entering a secret passageway into the concert hall?

Find yourself backstage where lifestyles of the rich and famous takes a sharp turn that leads us into a dirty dingy concrete rat race where battles with drunks and bootleggers clash with one ticked off manager and a cop with a billy club…and all the singer wants is a smoke.

The movie takes on a fantasy of its own in between the captivating concert footage, while escorting you through a journey into a magical world of wondrous enchantment. Laced with bluesy Goth inspired undertones and heavy hard hitting rockin’ overtones, it is a movie you don’t want to miss!

Legendary rock group, Led Zeppelin is featured in this fascinating film featuring live concert footage and behind the scenes snippets of the rock n roll lifestyle. From a sneak peek into the rock stars home life to touring and everything in between, it highlights fantasy coverage that takes you on journey into another world. Explore some of the greatest roots that molded today’s rock music and immerse yourself in some mysteriously wicked Goth sounds that resonate a Medieval frequency of come hither bewitchment. The movie is available to rent, digitally purchase, or grab a hard copy in Blu-Ray or DVD format. The soundtrack is also available in several audio formats for your listening pleasure. 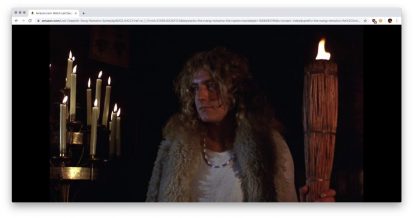 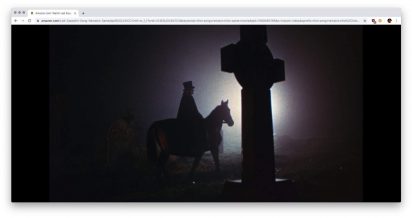 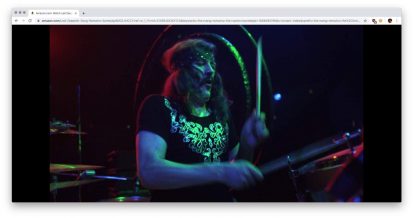 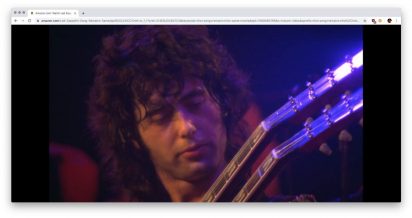 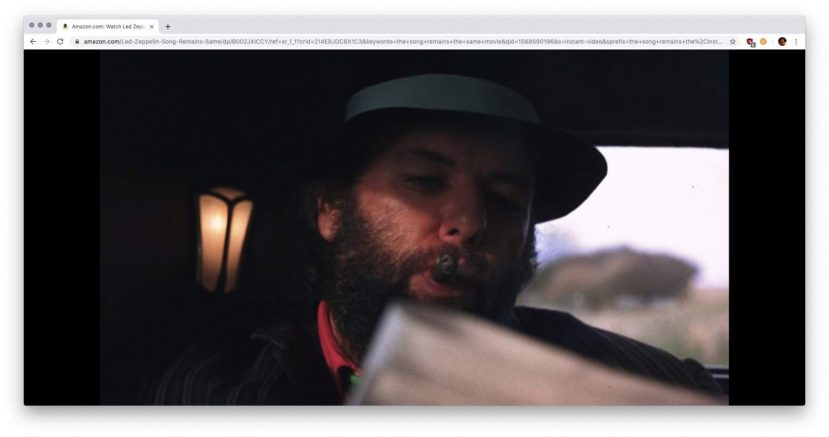 Everything from the creation of eerie sounds to the scenery of Gothic architecture and European countrysides rings a resonance of high magicians at work. Occultists will find it intriguing that the band managed to weave Golden Dawn aspects into the fantasy lines of the movie depicting cards from the tarot including The Hermit, Death, The Chariot, and Ace of Swords (Victory). The movie even features footage of the former Aleister Crowley Boleskine House on Loch Ness lake that guitarist Jimmy Page purchased. The movie is full of spirited witchy vibes that resonate a supernatural presence. First and foremost is the music. Pipe organs and violin bows that shred against guitar strings at the hands of a virtuoso guitarist mesh with Celtic influenced soulful bluesy vocals that soar in fevered pitch. The drums take on a life of it’s own in a hypnotic induced state of awareness. This is total rock n’ roll laced with a Goth edge! There is a magical vibe in the natural settings and home life to inspire the sorcery world  The Mafia Goth’s will find their fix with manager Peter Grant, donned in mobster flash attire with fancy classic cars, guns, shootouts, and fine cigars. Vampire types will find themselves right at home in the graveyard scene where the haunting music of “No Quarter” pipes though the movie soundtrack.

The Song Remains the Same is on my list of all time favorites. I watched the movie (as a re-run for the umpteenth time) after surgery and while watching it, I finally started feeling back to normal. It has a healing effect or perhaps just resonates with my soul frequency. Led Zeppelin is one of the most influential bands in the history of rock n’ roll. They are undeniably “The Hammer of the Gods”. Led Zeppelin resonates fantastically well with the term “Goth”. As for any of you music buffs that are out there looking for your next soul gratifying fix, this is your remedy.