A traveling gypsy family is parked outside near the town hall district, getting ready to set up a carnival at the fairgrounds and perhaps stopped by to pull some permits. Billy and some of his legal colleagues take notice of the beautiful gypsy woman standing outside along her caravan and make disrespectful remarks. The woman uncannily picks up on their schemes through psychic ability and gives them a piece of her own mind.

While driving home from a dinner party, Billy’s wife seductively persuades him of more things to explore than caloric intake and manages to take his mind off of food for awhile. In a moment of ecstasy, he loses control of his senses and hits a pedestrian of the gypsy clan, killing her on impact.

He must go to court for this and is pardoned with a slap on the wrist, a typical American legal conspiracy for a person in a place of power. It’s not what you did, it’s who you play golf with.

The gypsy family is livid about the injustice of their loved ones death and seeks revenge of their own. A gypsy curse is released through the power of low magic “zee energy”. The curse begins to take on a horrific life of its own. Only question is… “How do you remove the curse?”

Intensely strewn with justified severity, this small town film starts out in the All American white picket fence dream house and eventually takes you out to the remote fairground fields where the carnival games begin. The gypsies are gifted with supernatural abilities and the white man doesn’t have a clue that these kinds of things even exist. After a brush with injustice the reign of terror begins. Tinged with classic curse material it lends the power of belief as the storyline aligns itself with historical accounts of legendary curses. The intensity of the acting adds to the fire. 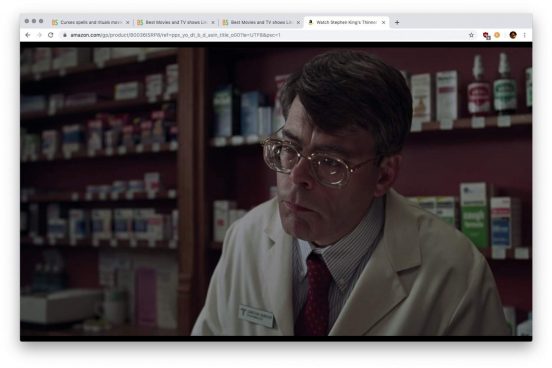 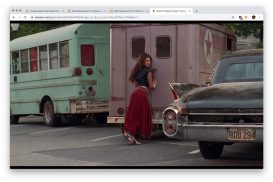 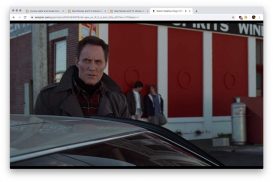 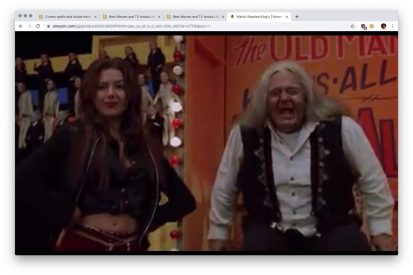 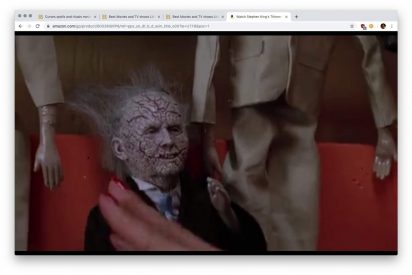 Fit for the Goth community, Stephen King once again manages to bring a small town community to its demise. In a quieter area, it is more recognizable to understand when supernatural elements are in play. Where there is more of a sense of small community involvement, people start to take notice. Like the underground Goth subculture, things become more detectable when laying low in the scheme of the big picture. The onset of a phantasmal substance is more recognizable as it lessens the possibility of becoming buried along the mainstream masses where things are too busy to gain the notoriety of circumstances. Small idiosyncrasies are filtered out in traffic jams and the constant blaring of television. How on earth could you notice what is seeping below the surface when your alarm clock is blasting the snooze at 6am while running out the door with a styrofoam cup of java late for work during rush hour? Just pawn things off as disease or misfortune, when the real story is hidden in the depths of the earth, wallowing in the dark murky waters of the underworld. This underlying energy is recognizable to the underground movement, where time slows in a quietude of observation, a substrate in which Goth is formed.

Thinner landed on my all time favorite list since the first time I saw it years ago. I believe that curses exist and when justice is not served, it can get served another way if the sender is directing intensified negative energy.  Of course, it would have to take a huge injustice for this to come about. No superficial wrongdoing would ever make it to this caliber of magnified horror. Stephen King seems to have a certain insight into the realness of horror. He has a rare gift of supernatural storytelling that is laced with authenticity. There is a lot of genuine substance in his work which keeps him at the top of his league and wanting us to come back for more. In supplying you all with the best of creepy chillers for your viewing pleasure, I honor Thinner with a “Brilliant Moon Award”.