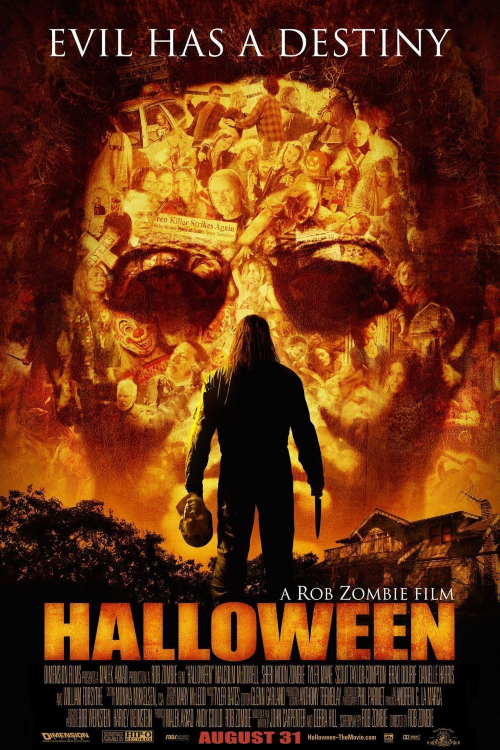 Series: Based on Halloween by John Carpenter and Debra Hill which created a huge series as the saga continues

Young Michael Myers is brought up in a troubled home full of chaos. Could it be that his dysfunctional childhood upbringing stirs the cause for him to become the psychotic serial killer that he is? Let us delve a little deeper into the asylum probe of criminology’s A-list as the story unfolds.

Directed by Rob Zombie, this feature film takes you to the mid-western town of Haddonfield, IL in retro filmography style. The area is filled with vintage homes of charm surrounded by rural harvest farmland. It is Halloween and the quaint neighborhood is decorated in festivity to celebrate the season. I particularly love the post production filter used here which nailed the presentation, lending an element of vintage horror at its best. I also love the bitchin’ soundtrack filled with ultimate classic rock, the kind we love to hear, as it mixes with a just a hint of old time days-gone-by nostalgia. The movie highlights little Michael Myers as a 10 year old growing up in a house full of unruly chaos and heaps of untidiness. Is his dysfunctional upbringing the root of all evil? 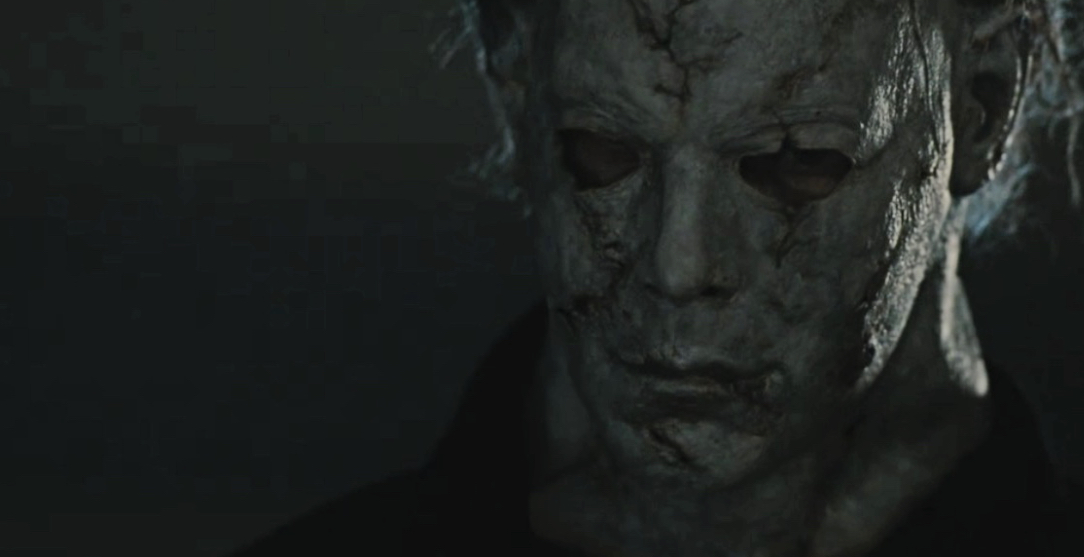 Packed with punch, this movie really gets into the psychology of the making of Michael Myers. What on earth would cause a little ten year old boy to become a serial killer? The movie is the epitome of the term “white trash”. The stepfather figure is a rude and obnoxious torn up bum with a spark of sickly humoring charm. He definitely keeps things interesting although personally, if it were my home, he would be kicked out in a heartbeat. With a household of tackiness, not only is the family dysfunctional, the home itself is too. So what? The burners are old and the stove is probably rusted out so let’s just wrap the entire stove top (not just the burners, the entire thing) in tin foil and don’t forget to keep the fly swatter on hand to keep those nasty fruit flies away. The Halloween drawings on the refrigerator held up by magnets depict frowning pumpkins. This is not a happy home. They are probably Michael’s drawings because the teenage daughter is in a raging hormonal angst and would rather shack up with her boyfriend upstairs in her lair. The baby is very young; too young to be drawing pumpkins, witches and bats. The father only drinks and yaks at the mouth when not dozing off in a drunken stupor. So it must be Michael who is drawing these deeply disturbed pumpkins. Then there is Elvis, the pet rodent, “You’re a pretty Elvis” Michael says affectionately as he holds him gently in his hands. It is Halloween and little Michael likes his clown mask. What he doesn’t like is being neglected. The scantily dressed, beautiful and soft spoken mom cannot take him out for trick or treating because she has to go to work. Running the household and paying the bills is a big responsibility for a pretty big sized family and someone has to do it. So it’s the teenage daughter who is officially appointed to take him out on a trick or treat quest for candy and fun. About that time her nonchalant boyfriend comes traipsing in with a new wad of teenage angst to release, so forget that. It ain’t gonna happen. “Aren’t you too old to be trick or treating?, seems like the appropriate cop out line coming out of the mouth of big sis as she races upstairs to her room with her boyfriend. Broken hearted little Michael Myers is left abandoned on the biggest Goth holiday of the year.
School season has arrived, and dressed in a KISS tee, Michael enters the school rock n roll style. He takes a bathroom break. Coming out of the stall he is met by two of his peers that start harassing him by threatening to Xerox and hand out copies of a newspaper clipping of his mom to all the kids at school. It is a torn out ad for a strip club. With tape cross x’s to cover some of her most private parts and a Halloween party skeleton to cover the rest, there is not much left for the imagination. The antagonist then tucks the newspaper clipping back into his shirt pocket. About that time all hell breaks loose. With the dean/principal figure down the hall, hearing the loud commotion, he enters the bathroom to stop it. Little Michael Myer’s looks directly at him and say’s two words… “F**k you!” At this point, the deep disturbance lurking and boiling up in this boy is finally recognized as the story unfolds…. 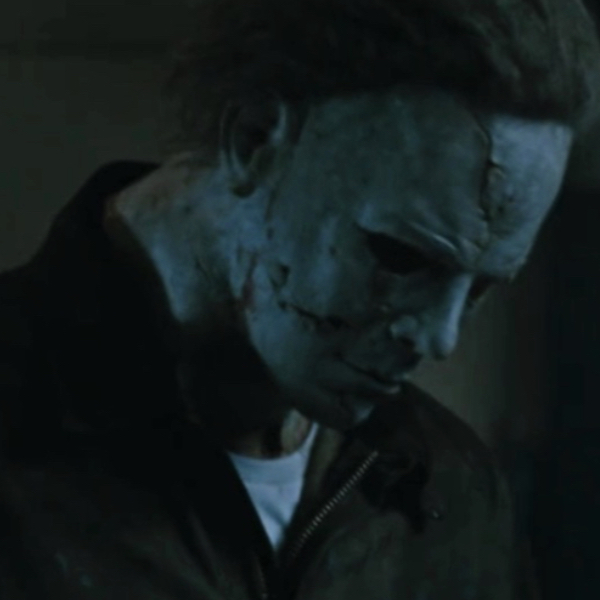 When I decided to do a Halloween movie for your Rocktober celebration, I was searching around and then suddenly kept hearing “Rob Zombie…Vamp, do a Rob Zombie one”. I have to admit that I could be a bit schizophrenic at times or maybe it was my boss down the hallway edging me on. BWAHAHA! Right after that I typed in the search bar “Rob Zombie Halloween”. Wow! I didn’t know there was a “Rob Zombie, Halloween”. Immediately I rented it (twice) and KNEW the moment the reel started rolling that it was the right choice. Immediately grabbing me by the horns, it drew me in with that “Oh, I love this movie”, and kept my attention in captivated suspense the entire time. As I’ve said before, I always search for the “Brilliant Moon”, which can be like a needle in a haystack, and sometimes I go through watching (or half watching) a slew of movies to find it. This time I got it right the first time. Thanks Boss! See you next month on “Scary Movie Night”.