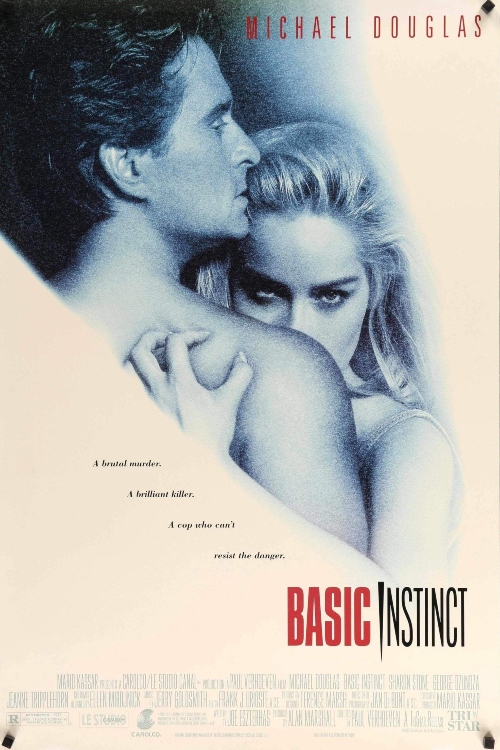 Presented in “neo-noir” style, the directing and making of the film takes on the classic “film-noir” elements of drama and brutal murder mystery amongst the society elite crowd.  In the days of classic noir, in reality “Smoking was considered a healthy after dinner digestif” by the Surgeon General. That is a historical fact. Although not stated in this movie, it was perhaps the inspiration for all the smoky scenes in classic film noir which continues here along with the introduction of cocaine laced neo-noir fashioning. The whodunnit murder mystery takes you from the rock star elite Golden Gates of San Francisco to the Carmel coastline of the ultra rich where an original Picasso hanging in your foyer mansion is a sign of ultimate prestige. The beauty of the coastline in Northern California amongst the rocky beaches adds to the vibe. Of course, the well to do clothing is understatedly refined. Lots of whites and beiges mixed in with Hermes scarves and accents are highlighted here. By contrast, in the lowlights you have a brooding psychology major ex-girlfriend in drab colors who is job-ordered to pick the brain of her colleague and ex-lover Detective Nick who has his own obsessive compulsive demons. The detective scenes are often very drab as well except for the interrogation room, which takes on more of a CIA “men in black” feel.

The movie is filled with erotic mesmerizing detail as Catherine, a beautiful, wealthy, ultra successful 30 year old blonde, has a lure on the people she comes in contact with. Her casual attitude against a soft spoken demeanor adds to the intrigue. Detective Nick on the other hand is intense, obsessive, and has a trip switch that can go off any second. Put the two together in one room and you’ve just breezed that Harvard chemistry overload final. As a major in psychology (a tool that she claims to use as novelist) Catherine knows just how to flip that trip switch on Nick, who is on the team that is investigating her for murder. Like a snake in the Garden of Eden, the word “temptation” comes into the picture. “Would you like a cigarette Nick?”, she asks.”I told you, I just quit”, Nick replies. As she lights up her own, “It won’t last”, in soft spoken finesse. On the other side of the spectrum, Catherine’s friends are actual murderers that she gets to know through her degree in psychology which she claims helps ignite her novels with true crime believability. She comes from a wealthy family, where as a young orphan, inherits millions of dollars, then goes on to become engaged to a famous boxer (who dies in the ring), and then starts dating the famous retired rock n’ roll star, Johnny Boz. She claims that she was not in love with him… but liked being with him because he gave her pleasure. “Nice girl” a detective quotes. She also has a girlfriend whom Nick becomes jealous of and vice versa. She keeps her girlfriend Roxy around as a voyeur, lurking in the shadows and watching during her steamy escapades which is an unnerving creep show in itself. Roxy also carries a prison record as a juvenile murderer of her two brothers, although the files are not allowed to be released because of her age at the time the killings occurred. Somehow they become undisclosed along with a slew of other clues from other possible suspects with interesting twists and unexpected turns. Nicks ex-girlfriend Beth, the terribly distraught and disturbed psychiatrist has some very dark secrets of her own, which takes the story to a whole new level. The movie leaves you in suspended animation as to whodunnit with some real edgy clues. Right when you’re almost sure…another clue comes along leaving just a mere tinge of uncertainty… 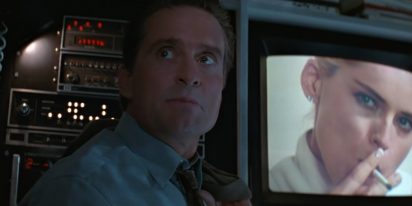 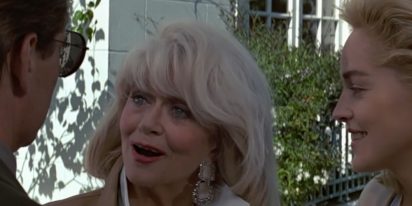 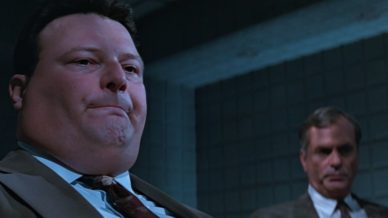 There is a Goth club scene at a Gothic church which reminds me of The Church in Denver Colorado, a very well renowned Goth club known for it’s fabulous aesthetics and architecture. Drawing visiting Goths from all over the world, it is also a favorite among the local crowd. As for the Goth community in general, erotica and bondage mixed with serial killing goes into play in this neo-noir murder mystery film. If you are looking for a new twist on the old classics, laced with intense emotion, steamy love scenes and ghastly cold blooded murder from people like Hazel Dobkins (someone you could have mistaken for your grandma), you’ve found it!

The director leaves a little room for your imagination. So all of you creative Goths out there who always wanted to write your own storyboard coda, this is a great place to start because all of the elements are already set into place. You could have fun with this one and host a fabulous Halloween murder mystery dinner party just in time to invite all of your filmmaking friends for the premiere screening. Remember to invite your best creative minds and debate teams for a night of storyboards, alternate storyboards, and that edgy director’s cut creation! See you next time on “Scary Movie Night!”